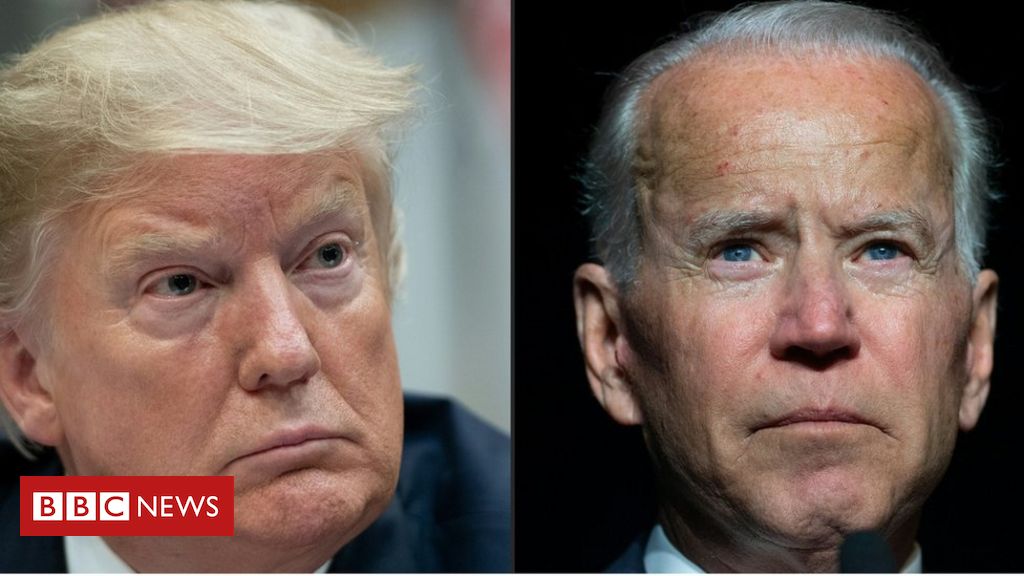 Trump or Biden? It doesn’t matter for China’s firms

Trump or Biden? It doesn’t matter for China’s firms


The Democratic and Republican National Conventions are typically an opportunity for US voters to get a sense of what their next president’s domestic policies might look like.

But this year they also provided a key insight for China Inc as it navigates its rocky relationship with the US.

Several insiders at Chinese technology firms say have told me that a Joe Biden presidency would be more appealing than another four more years of President Trump – which would be seen as “unpredictable”.

And while they think a Biden administration would still be tough on China, it would be based more on reason, and fact rather than rhetoric and politicking.

One thing is clear though: companies on the mainland believe that whoever is in the White House the tough stance on China is here to stay.

Here are three things that are worrying Chinese companies the most about the next US administration – and what they’re doing to protect themselves:

This word gets used a lot these days. President Trump and his administration talk about it in tweets and in press statements in relation to China.

Decoupling basically means undoing more than three decades’ worth of US business relations with China.

Everything is on the cards: from getting American factories to pull their supply chains out of the mainland, to forcing Chinese-owned companies that operate in the US – like TikTok and Tencent – to swap their Chinese owners for American ones.

Make no mistake, under a Trump administration “decoupling will be accelerated”, according to Solomon Yue, vice chairman and chief executive of the Republicans Overseas lobby group.

“The reason is because there’s a genuine national security concern about our technology being stolen,” he said.

But decoupling isn’t that simple.

While the US has had some success in forcing American companies to stop doing business with Chinese tech giants like Huawei, it is pushing Chinese firms to develop self-sufficiency in some key industries, like chip-making and artificial intelligence.

“There’s a realisation that you can never really trust the US again,” a strategist working for a Chinese tech firm told me. “That’s got Chinese companies thinking what they need to do to protect their interests.”

As part of its focus on China, the Trump administration has come up with a set of recommendations for Chinese firms listed in the US, setting a January 2022 deadline for them to comply with new rules on auditing.

If they do not comply, according to the recommendations, they risk being banned.

While a Biden administration may not necessarily push through with the exact same ban – analysts say the scrutiny and tone of these recommendations is likely to stay.

“A Democrat, whether in the White House, Senate or Congress, would have little reason to roll back Trump’s toughness on China without some concession in return,” said Tariq Dennison, a Hong Kong-based investment adviser at GFM Asset Management told me.

‘”One thing both parties seem to agree on in 2020 is to blame China for any of America’s problems that can’t be easily blamed on the other party. That’s not going to change anytime soon.”

Take Ant Group for example – the mammoth Chinese digital financial services group that this week filed for an IPO.

Affiliated to the Alibaba Group, which is listed in the US and Hong Kong, it chose Hong Kong and Shanghai to list over the US.

Increasingly other Chinese companies are likely to follow suit, as tensions between the US and China get worse.

China has been one of the biggest beneficiaries of globalisation over the last thirty years; it’s helped hundreds of millions of Chinese afford a better quality and standard of life – the bedrock upon which President Xi Jinping’s Chinese Dream is based.

But that’s precisely what President Trump says needs to change: his administration argues that China has become richer while the US has become poorer.

During Mr Trump’s term, deglobalisation – where borders are less open and trade is less free – has become a trend. And it’s something that Beijing knows won’t change even after the election.

“The fundamental adjustment of the US’ strategic mind-set over China is real”, reads the latest op-ed in the Communist Party’s mouthpiece, The Global Times. ‘This has to a large extent reset the China-US relationship.”

One of the natural consequences of globalisation was arguably a safer world.

If you’re doing business with one another, chances are you’re not going to want to get in a fight – or at least not open conflict.

A big worry for many businesses in Asia is that a real military clash between the two superpowers is inevitable – and those concerns only grew this week when Beijing fired missiles into the South China Sea, a lucrative but contested waterway.

The reset of the US-China relationship is dangerous – not just for the US and China – but for the rest of us too.