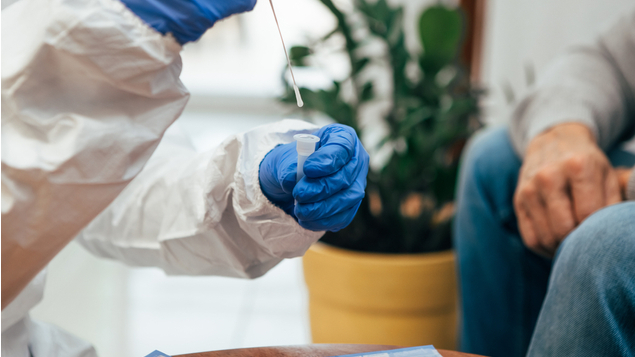 More than 48,000 organisations have expressed an interest in the government’s free workplace Covid-19 testing programme.

Logistics firms, manufacturers, food service providers and oil refineries are among the 9,000 that have already completed the sign-up process, which remains open until 31 March.

Under the scheme, organisations can access free rapid lateral flow tests that can give a result in 30 minutes. The tests will be offered to businesses free of charge until the end of June.

NHS Test and Trace analysis shows the tests have a specificity of at least 99.9%, meaning that for every 1,000 tests carried out there will be less than one false positive result.

“Rapid testing has been rolled out at a vast scale across a range of sectors, and it is fantastic that now over 48,000 businesses have signed up to offer rapid testing to employees. This is a huge step forward in getting businesses back on their feet and helping to keep people safe,” he said

“With around one in three people with the virus not having symptoms, regular testing is essential to bearing down on the virus and identify new variants of concern as we work towards restoring normal life. I strongly encourage all businesses to register their interest before the 31 March deadline.”

The Phillips 66 Humber Refinery is among the workplaces conducting regular Covid-19 testing. It is testing more than 1,000 staff a week and has completed almost 10,000 tests in total.

General manager Darren Cunningham said: “When offered the opportunity to take part in lateral flow testing, we jumped at the opportunity. Why wouldn’t we? It is another layer of protection to keep our staff, their families and our communities safer. The operation to set up large-scale testing for 1,000 staff weekly – and it did pose some challenges – we are now running smoothly, and happily sharing what we did to help other key industries set up their own [lateral flow testing] facility.”

The Glasdon Group, which designs and manufactures bins and road safety products, tests all of its staff and any visiting contractors twice per week. It has five testing stations which can process up to 60 tests an hour.

When offered the opportunity to take part in lateral flow testing, we jumped at the opportunity. Why wouldn’t we? It is another layer of protection to keep our staff, their families and our communities safer” – Darren Cunningham, Phillips 66 Humber Refinery

“The response of the Glasdon employees to the testing programme has been positive and is going a long way to making them feel safe in their place of work during these difficult times. Testing twice per week is also providing a level of assurance to the employees’ families that they are not putting their own households at extra risk by coming to work,” said health and safety manager Gary Butler.

Meanwhile, airline Emirates has told employees to get a Covid-19 vaccine or pay for their own coronavirus tests.

In an internal email seen by Reuters news agency, staff based in the United Arab Emirates were told that those who had not been vaccinated would have to pay for a test valid for seven days ahead of their flight or standby duty.

Those who have a valid medical reason or have registered for their first or second dose of the vaccine are exempt from the policy, as well as those who have been recently infected with Covd-19.

“Certain countries may in the future differentiate entry criteria between those who have taken the vaccine and those who did not. Keeping this in mind, having a vaccinated workforce has become essential not just from a health and safety angle but from an operational one too,” the email says.

The airline has offered its employees the Pfizer-BioNTech vaccine and another developed by China National Pharmaceutical Group (Sinopharm) since January.

The company has not commented on its policy further.