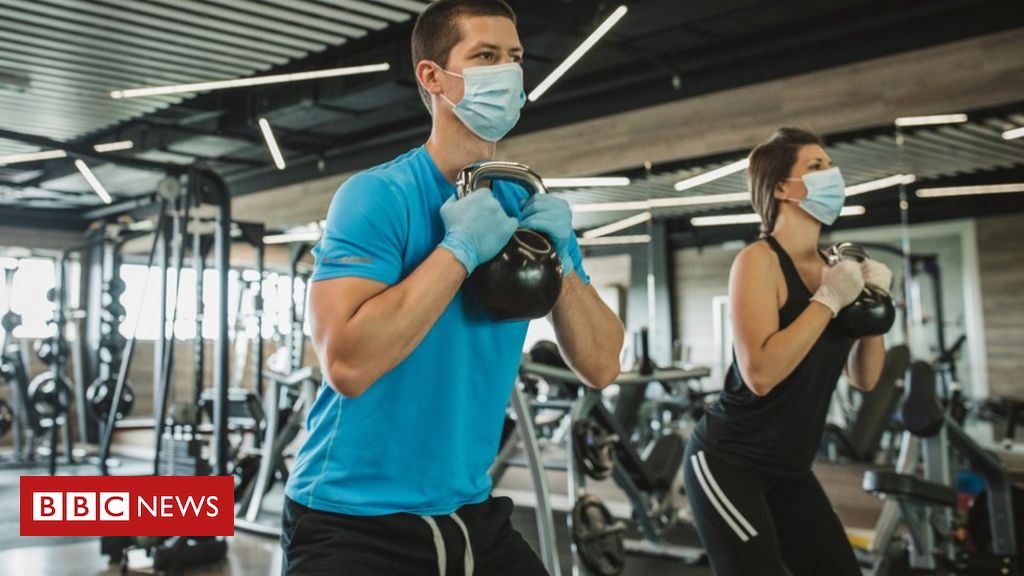 
One of the UK’s biggest gym companies has said it lost about a fifth of its members during lockdown, despite halting membership payments.

The Gym Group said it had lost 178,000 customers over the past three months.

The company set out its plans to reopen nearly all of its gyms in England on 25 July, when restrictions on the sector are lifted.

Separately, Restaurant Group, the owner of Wagamama, said one in 10 of its outlets would not open until next year.

The company, which also owns Frankie & Benny’s, said sites where low custom was anticipated, such as airports, would stay closed.

Meanwhile, footfall on UK High Streets fell by 63% in June, compared to the same month last year, according to the British Retail Consortium (BRC) and market research firm ShopperTrak, as retailers reopened.

BRC chief executive Helen Dickinson told the BBC’s Today programme: “The real key now is seeing whether or not the lifting of restrictions around hospitality will take those numbers up further.

The Gym Group said it would open 160 sites in England on 25 July. Two gyms in locked-down Leicester and one being refurbished in London will stay closed for now.

It added that its 13 sites in Scotland and three in Wales would reopen “as soon as possible after relevant local restrictions are lifted”.

“We are in the process of un-furloughing our colleagues, who will be ready to open the doors of our gyms in England on July 25 and in the other home nations once restrictions are lifted,” said chief executive Richard Darwin.

“We are encouraged by the response of our members, the vast majority of whom are keen to get back to the gym to begin working out again.”

For Gym Group’s 692,000 remaining members, direct debit payments are due to restart, although they can request that they are frozen for longer.