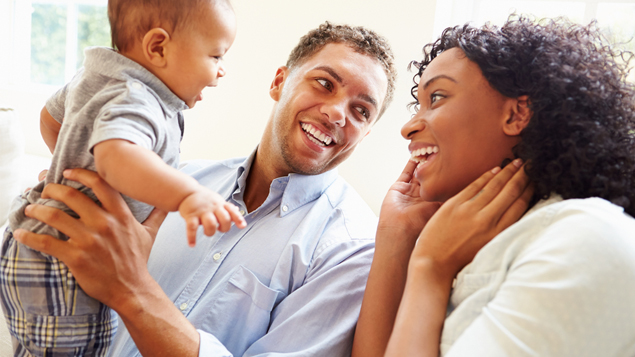 Although the use of shared parental leave increased by 23 percentage points last year, only 13,100 couples applied to use the scheme last year.

The research, by commercial law firm EMW (using HMRC figures), described the scheme’s use as “exceptionally low” considering it was now five years after it was introduced, and proposed that more promotion of the benefits of sharing childcare was needed.

Nearly 650,000 women claimed maternity pay last year, which meant that only 2% of eligible couples made use of shared parental leave.

The benefit allows couples with new babies to share up to 50 weeks of leave and 37 weeks of statutory shared parental pay between them, at a maximum rate of £151.20 per week.

This rate of pay is believed to be a prime candidate behind the scheme’s low take-up because, said the researchers, “few couples are willing to see their primary earner’s income fall to little more than £600 a month”.

Because the primary earner is often a man, women tend to default into taking most of the childcare burden while their partners quickly return to work. This would indicate, said EMW, that if fathers were better incentivised to take on more childcare responsibilities, more women would return to work more quickly. Higher take up, it then follows, would see more women gaining promotions and higher salaries after taking maternity leave.

Separate research, published in April, found that only four in 10 fathers could afford to take shared parental leave, although more fathers were now taking the benefit.

There was also an issue around lack of promotion for the scheme, the research identified, because many people were unaware that sharing parental leave was possible.

Jon Taylor, principal at EMW, said that few parents were being given “a compelling reason to use the scheme”.

He added: “For many, seeing their pay cut to £150 a week is unpalatable, if not impossible in the months after having a baby.”

If the government was serious about closing the gender pay gap, said Taylor, then it needed to raise the level of statutory parental pay. “It could make a genuine impact on some women’s earnings if they were in a position to return to work more quickly.”

In July, Personnel Today reported the latest findings of the annual Parental Fog Index which revealed that many leading companies were failing to inform candidates of parental benefits they were entitled to.

The index found that major employers like Tesco, AstraZeneca, Morgan Stanley, Dyson, Boots and Virgin Media were failing to tell candidates about pay and benefits for working parents, although the number of firms that were doing well in terms of transparency on information had increased thanks to firms like EY and Unilever.

The report, published by the Executive Coaching Consultancy (ECC), which helps organisations improve gender diversity, also found that the total number that publicised generic (32%) or no details (44%) of parental benefits fell from 82% in 2019 to 76% this year. The companies mentioned above were all in the lowest, “invisible” category.