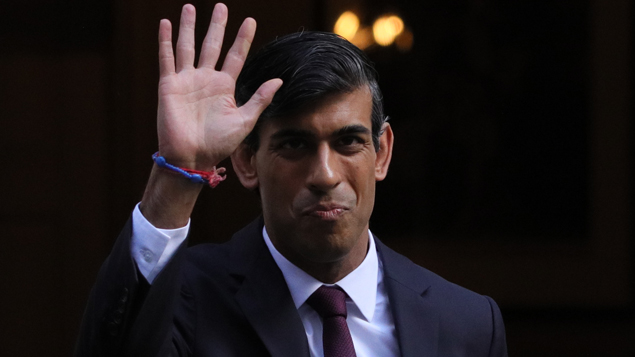 Thousands of new work coaches being recruited by the Department for Work and Pensions will ‘ramp up support’ to help people back into employment, chancellor Rishi Sunak will say today.

The job entry targeted support (Jets) scheme will support people who have been out of work for at least three months and are receiving universal credit or jobseekers allowance, to seek job opportunities in growing sectors.

The additional 13,500 coaches, the first of whom are beginning work at Jobcentre Plus this month, will also provide CV writing tips and interview coaching in order to improve job seekers’ chances of securing employment.

The £238m Jets scheme is launching in counties in the north-east and north-west of England, south, Wales and south London today (5 October) and will be extended into other areas over the coming months.

Sunak will tell the Conservative party conference today: “Our unprecedented support has protected millions of livelihoods and businesses since the start of the pandemic, but I’ve always been clear that we can’t save every job.

“I’ve spoken about the damaging effects of being out of work, but through Jets we will provide fresh opportunities to those that have sadly lost their jobs, to ensure that nobody is left without hope.”

The government’s Job Support Scheme, which replaces the furlough scheme in November, is hoped to curb job losses over the coming months. However, many commentators believe it does not go far enough to prevent widespread unemployment over the winter and a recent Acas-commissioned survey found a third of firms were planning redundancies.

Thousands of jobs have been lost since the coronavirus pandemic hit earlier this year and the latest government statistics show almost 700,000 employees have been removed from company payrolls since March.

The most recent employer to announce mass job losses was Cineworld, which over the weekend said it was temporarily closing its cinemas and asking staff to accept redundancy in the hope of re-joining the company when theatres open again.

The Job Support Scheme will only support “viable” jobs, and Cineworld – which employs 5,500 people – is writing to Prime Minister Boris Johnson and culture secretary Oliver Dowden to say the cinema industry is now “unviable”.

“Labour urged the chancellor to introduce a wage support scheme that incentivised employers to keep more staff on. However, he ignored these calls and now nearly one million jobs are at risk when the furlough scheme ends in a few weeks’ time,” she said.

Dominic Harvey, director at tech jobs recruitment platform CWJobs, commented: “ The government’s new scheme should place a major focus on the unique opportunities within tech for individuals looking to upskill, retrain or even start a new career completely. IT and technology skills will prove to be resilient for those looking to future-proof their careers, enhancing their employability and ensuring they are adaptable for the future world of work. The tech job market has remained robust over the last couple of months and this initiative is welcomed as a move that will help feed demand to an industry that already experiences an obvious skills gap.”