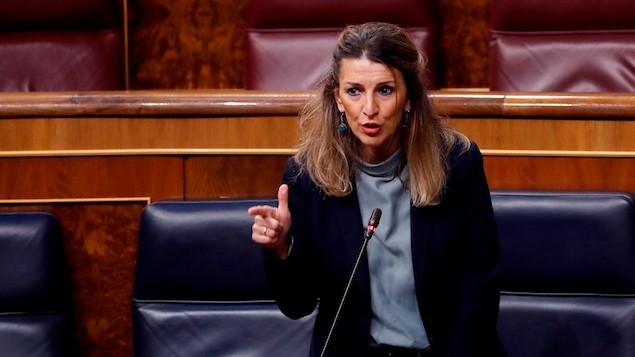 Spain is pushing through legislation that will protect the rights of staff who work from home.

The draft legislation was initially proposed in June by the country’s labour minister, Yolanda Diaz, who is part of the Podemos party within Spain’s coalition government.

The latest draft of the law compels companies to pay for home working equipment such as computers, and employees would have to work from home more than one day a week to qualify as remote workers. Employer bodies insisted on this condition after fears that staff would simply extend their weekends to qualify for the protection.

The law also grants workers the “right to flexible hours” as long as they work the same number of hours agreed in their contracts. If their job requires them to be available for work at a certain time of day, this right is lessened.

The legislation would require agreement from both employer and employee, and the employee can ask for a return to the office if their circumstances change.

It says that employers’ control of attendance must be done in a way that “does not compromise workers’ dignity”, meaning company webcams monitoring workers would not be permitted.

The original draft of the legislation had proposed that employers cover “the entirety” of home working expenses but it is now thought that the level of support will be negotiated between unions and employers.

The number of jobless people in Spain rose to 3.8 million in August, while the pace of job creation stagnated. The country has suffered a sharp resurgence in coronavirus cases since it eased lockdown measures, and its total number of cases now stands at around 470,000 – the highest number in Europe.

Last year, Spain followed France’s lead with the introduction of legislation that gave workers the “right to disconnect”. The law gives employees the right to privacy when using digital devices and encourages policies allowing employees to disconnect from electronic communications to enjoy a greater work-life balance.