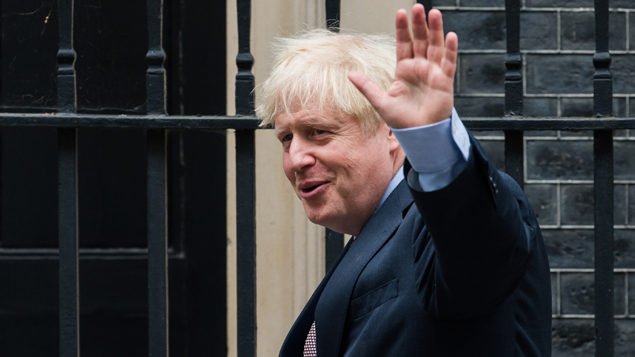 There is an urgent need for sector-specific furlough scheme for the events and leisure industry to avoid mass job losses following the reintroduction of restrictions on social gatherings in England next week, an expert has said.

From Monday 14 September, meetings of social groups of more than six people will be made illegal both indoors and outdoors, but this will not apply to workplaces, schools or Covid-secure weddings, funerals and organised team sports.

In a press conference this afternoon, Prime Minister Boris Johnson said the government is “simplifying and strengthening the rules making them easier for everyone to understand and for the police to enforce”.

Covid-secure venues, such as restaurants, pubs and gyms, will be allowed to remain open, but must make sure individual parties do not exceed groups of six.

Hospitality venues will be legally required to collect the contact details of each customer, which must be kept for 21 days and supplied to NHS Test and Trace upon request. They will be fined if they break the rules.

Plans to pilot larger audiences in stadiums and to allow conferences to go ahead from October will be put on hold.

The Prime Minister added that the government would increase testing capacity to 500,000 a day by the end of October, potentially rolling out tests that could give results in 20 minutes.

This could “identify people who are negative” and open up workplaces to “all those who test negative in the morning”.

However, the reintroduction of restrictions is still likely to have a devastating impact on the hospitality, leisure and events sectors, said Richard Churchill, a partner at tax and advisory firm Blick Rothenberg.

“To avoid the previous measures being in vain and increased job losses the government should extend the support measures and introduce a sector specific furlough scheme,” he said.

“It should also remove impending cashflow issues for next year by further deferring tax liabilities for effected sectors and delaying further than 12 months the repayments of the existing support measures.

“Other measures could also be introduced such as a holiday on employers National Insurance for affected businesses to reduce employment costs.”

Churchill said that the services of affected businesses should be utilised in other ways while the restrictions are in place in order to keep people in jobs. For example, catering businesses could be used to provide meals for vulnerable people, or coach operators could be redeployed to provide local bus services.

“Just when these businesses thought they would be able to generate revenues in September before the winter arrives the rug has been pulled from beneath them and many businesses will already have incurred costs and made plans for events that are now cancelled and the expenditure wasted,” he said.

“These businesses have already suffered severely with little or no income for six months. Sector specific support is clearly needed and soon. The current Coronavirus Business Interruption Loan Scheme and Bounce Back Loan Scheme along with the Job Retention Scheme all cease in the next two months.”

There have been numerous calls for sector-specific alternatives to the furlough scheme, which is due to end on 31 October. Earlier this week, manufacturing representative body Make UK called for a similar job protection scheme for “critical” sectors, while the TUC has said the furlough scheme should be extended to avoid mass redundancies over the winter.