Settled status: are your EU workers ready or at risk? 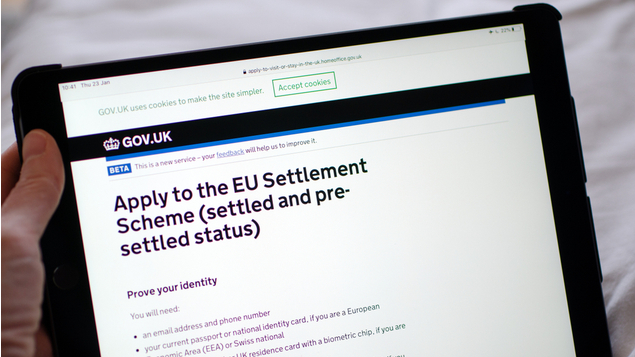 Although the applications deadline for pre-settled and settled status is not until next year, there are some steps HR teams must take before the end of 2020 to ensure their EU, EEA and Swiss employees are eligible, writes Jonathan Beech.

The UK immigration Bill has now passed through Parliament into law, ending free movement on 31 December and setting an official deadline for EU migrant workers to apply for settled or pre settled status.

Yet a recent survey by the Social Market Foundation think tank found that a massive 40% of EU migrant workers who plan to stay in the UK long term are still unaware of the EU Settlement Scheme (EUSS), and is poorly understood by users.

While overall application numbers are high at 4.6 million to date, language barriers, low levels of literacy and lack of digital skills has left many without access to high quality information about settled status, risking them dropping out of the system.

Yet under the new Immigration Act, EU workers now have only until 11pm on 31 December to be considered eligible to apply for settled or pre settled status. From this cut-off date, EU workers must have ‘habitually’ been living in the UK, meaning they’ve entered the country with the intention to make it their main home, have plans to stay and they have the right to reside here. Only then will they be deemed ‘existing’ residents, giving them until 30 June 2021 to apply for pre-settled or settled status.

This rule applies to EU, EEA or Swiss citizens (but not Irish), and their family members. Family members whose relationship with a relevant EEA citizen or a qualifying British citizen has broken down permanently due to domestic violence or abuse are also included.

If HR has any workers applying for settled status who exceed their allowed absence from the UK due to a Covid-19 related issue, then they should ensure each case is supported with the relevant documented evidence stating why the person was unable to return to the UK.

Equally, if any EU employees are on an overseas assignment while on the UK payroll, HR should check that they’re not spending more time on the assignments than the disqualifying period. If this does happen and they lose their residency rights due to disqualifying absences, it’s important for the person to return to the UK before 11pm on 31 December this year, as anyone returning after this date may lose the right to upgrade to settled status. Once in the UK, they can then apply for EUSS on or before 30 June 2021 deadline.

The Home Office is yet to officially publish details about what will happen to those who miss the application June deadline, but the default position is that they will be an unlawful resident and can be forced to leave the UK.

Under EU law, those who hold a document certifying permanent residency should apply to the EUSS to replace it as it won’t be valid from the new year. Should their government allow, British citizenship is also an option for those who wish to apply. If workers are married to a British citizen, they can apply at any time after settlement or for those who are not, they can qualify once they have held settlement status for at least 12 months.

For anyone that doesn’t qualify currently for pre-settled, settled status or British citizenship, they will need to meet the government’s new UK immigration rules, which will be more prohibitive and expensive when securing their status.

For HR teams, it’s much better to ensure all the company’s EU and Swiss talent are in the UK by 31 December and EUSS applications are submitted before June cut off next year, even if at least for pre-settled status for now, so your business can confidently build the workforce it needs for the future.