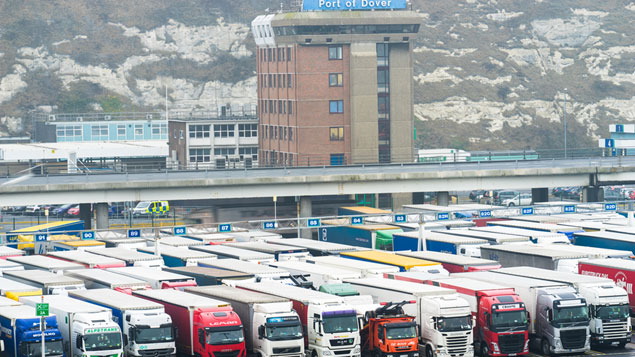 According to The Observer newspaper, at least one company may already be planning to lay off staff in the UK and take on workers on the Continent.

Advisers working for the Department for International Trade (DIT) are informing small business leaders that the best way to avoid border issues, paperwork, extra charges, delays and VAT problems is to register new entities within the EU single market, from where goods can be distributed far more freely.

One, Andrew Moss of Horizon Retail Marketing Solutions based in Ely, said that when he told the DIT adviser he was considering setting up in Europe the adviser confirmed that what he was doing was the “right thing”, and that there was “no other option”. The government official said he did not see the red tape issue as a teething problem but added he had to be careful what he said.

The Observer also spoke to Geoffrey Betts, managing director of Stewart Superior Ltd, am office supplies company based in Marlow, Bucks. He told the newspaper he had decided to set up a company in the Netherlands and had also spoken to an official at the DIT, receiving the same advice.

“When the government said it had secured free trade, it was obvious it was nothing of the sort,” said Betts. New charges on moving goods, VAT and a lot of bureaucracy had made the firm’s trading position an “administrative nightmare”, he said.

It is thought that firms taking this route to avoid red tape would be making some UK staff redundant and taking on new staff within the EU.

A DIT spokesperson responded to the story by saying: “This is not government policy, the Cabinet Office have issued clear guidance, available at gov.uk/transition, and we encourage all businesses to follow that guidance. We are ensuring all officials are properly conveying this information.”

International business consultant Anna Jerzewska said she agreed with the advice being unofficially handed out by the DIT,  tweeting: “As far as Gov Brexit advice goes, this is actually not bad advice.”

Rachel Reeves, shadow chancellor of the Duchy of Lancaster and shadow minister for the Cabinet Office, was highly critical: “Once again we see this government’s sheer incompetence and lack of planning holding British businesses back and slowing our economic recovery.

“They’ve got to get a grip on this now and stop leaving our businesses out in the cold.”