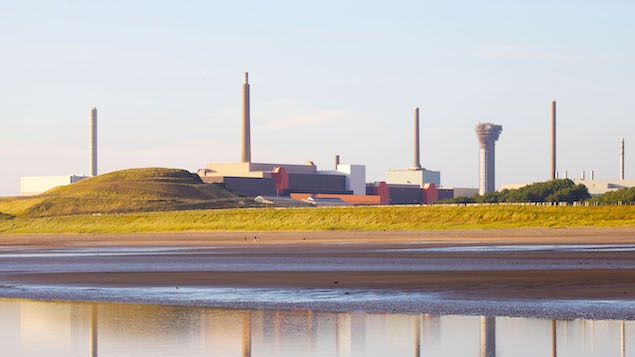 A ‘toxic culture’ of sexual harassment, racial abuse and homophobic bullying has been uncovered at nuclear site Sellafield.

In a letter leaked to the BBC, whistleblowers from the organisation’s ethnic minority staff network said there were “shocking stories” of racial abuse, while other workers had experienced sexist and homophobic bullying.

There was concern that the culture could leave serious safety concerns to go unreported.

The BBC’s investigation into the claims found that there were multiple allegations of serious bullying and sexual harassment.

A letter sent to the company’s board by the ethnic minority network detailed a series of 27 incidents of racism.

It said: “We fear that if we complain, we could be branded a troublemaker and mark ourselves out to be got rid of. It is exhausting that we must be wary of those who we spend most of our waking hours with.”

One such incident involved a driver in a car passing through the site shouting racist taunts.

Another involved an instructor on a training course saying the main threat to safety at the site was “bearded men in flip flops”, singling out a bearded Muslim man with his comments.

The letter urges the board to commit to better education and training and to acknowledge there is a problem with racism.

A number of staff have left the organisation after allegations were not followed up.

One senior consultant, Alison McDermott, told the news channel that when she started working there, “it quickly became apparent there was rampant bullying in the organisation”.

“Young women were saying they were in tears after work because of the way they were sexually harassed,” she said.

She is now taking her case to an employment tribunal after claiming she was dismissed for whistleblowing. Her contract was terminated in October 2018.

Sellafield, which employs around 10,000 staff at the site in Cumbria, refutes her claims.

Another former manager, Karl Connor, resigned in January after suffering a breakdown he believes was caused by bullying. He is now pursuing a disability discrimination claim.

The BBC’s investigation also revealed concerns about safety at the site. An internal report and redacted emails acquired via a freedom of information request showed that alarms meant to measure radioactive contamination levels had been ignored and lessons not always learnt from safety incidents.

Sellafield said new measures had been put in place to prevent accidents recurring and that staff were reminded about necessary checks in radiologically controlled areas.

A spokesperson told the BBC: “There is no place for bullying and harassment at Sellafield. We do not tolerate it and where we find it, we take action. We closely monitor our progress, including seeking the views of our workforce through working groups and surveys.

“We accept we have more work to do in this area, but we remain as committed as ever to eradicating unacceptable behaviour from our workplace.”