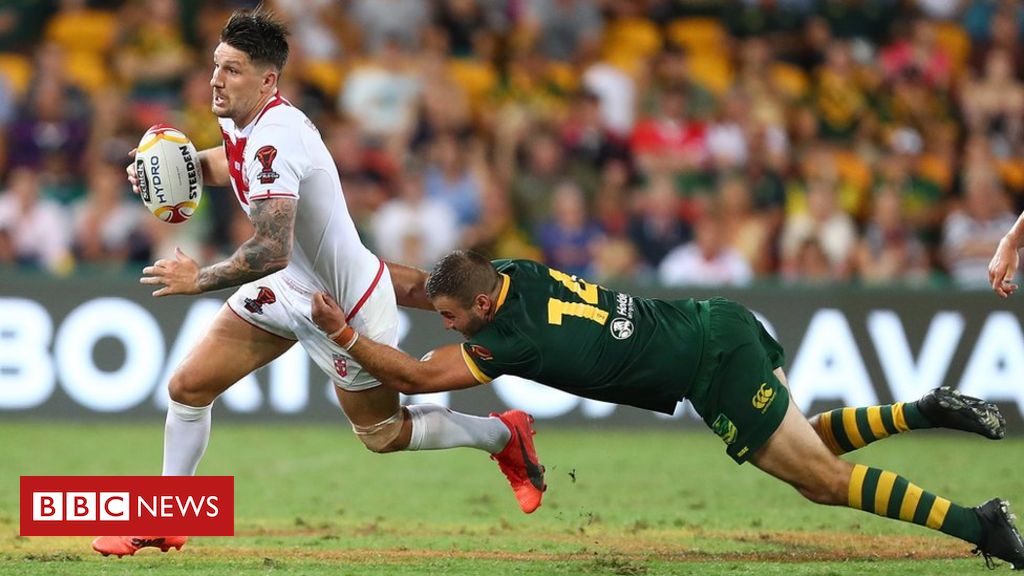 
Next year’s sporting calendar is shaping up to be a crowded one, with the staging of the delayed 2020 Olympic Games and European football championships, but one major event being held in England believes it can cut through the clutter.

Organisers of the 2021 Rugby League World Cup believe their tournament is unique – with its focus as much on communities and legacy as on sporting and financial prowess.

With tickets prices now revealed I spoke to tournament chief executive Jon Dutton about planning for the tournament under the shadow of coronavirus and the potential impact of that on tickets, on mental health and legacy initiatives, and on bringing new teams and audiences to the sport.

Tickets and price adjustments due to coronavirus

Ambitious World Cup targets include getting 750,000 people to attend games, up 50% on 2013, and doubling the numbers from 2017 in Australia, New Zealand and Papua New Guinea.

Some 10% of ticket sales are expected to go to overseas fans, mainly from Australia and New Zealand, a smaller percentage than experienced at football or rugby union World Cups.

But Dutton is aware of the impact the coronavirus outbreak has had on people’s disposable incomes and is sensitive to this when it comes to tickets.

“We have had to review our budget… during the past few months,” he says. “We have had a difficult balancing act – ticket revenue is important to our commercial success, but we are aware of how people’s spending has changed.

“We have a good understanding of our core rugby league market, but also need to reach new markets, both in the UK and overseas.

“So we have made some adjustments to ticket prices since last year. There are lots of different price points.”

RLWC2021 ticket prices have now been announced, and fans will be able to apply for tickets from 21 September.

Tournament organisers have also made 20,021 tickets available across the tournament for key workers as a way of saying thank you for their contribution during the Covid-19 pandemic.

The continued spectre of Covid-19 looms over the event itself, with Dutton admitting: “We have looked at various scenarios, including social distancing by fans at games, games behind closed doors, and what would happen if the event was postponed, or even did not go ahead.

“Every option is on the table, but we have tried to focus on what we can control. We are looking to be agile in our responses, as we have the responsibility of public funds to look after.”

Fans are guaranteed full refunds if any of the above situations come into play and tickets cannot be used.

Dutton says: “Obviously we want to fill the stadiums and make this a commercial success. But we also want to deliver our legacy programme – creating a social impact in terms of helping support the government’s ‘levelling up’ agenda for the north of England.

“We started talking to the-then government back in 2015 about how we could bring added focus to the cities and communities in what was at the time known as the Northern Powerhouse.”

The Northern Powerhouse was a proposal to boost economic growth in the north of England, and has since been replaced by the “levelling up” pledges of Boris Johnson’s government.

The result of those 2015 discussions at Whitehall was that central government has provided £25m in funding for the 16-nation tournament.

Some 80% of the event will take place in the north of England, focused on the M62 corridor, which connects Liverpool and Hull via Manchester and Leeds. There will also be games in Newcastle, Middlesbrough, Coventry and London.

“We want to make a difference,” says Dutton, who went to his first league game at the age of five. “Our volunteering programme will be very inclusive and represent the local communities where games are being staged.

“There will be cultural, heritage, public health, education and participation initiatives. There will also be a mental health legacy as we work with Movember in drawing up resilience training for young adults.

“It is also important that we leave behind a bricks-and-mortar physical legacy in the shape of facilities. We can help transform facilities at smaller rugby league clubs via cash grants.”

It is also the first time in the World Cup’s history where the men’s, women’s and wheelchair competitions will be held at the same time.

In a deal struck with the BBC, all 61 men’s games will be shown live, compared with just seven out of 28 games when the event was last hosted in England in 2013.

There are 21 venues of different shapes and sizes, including many high-profile football stadiums.

Highlights include the opening game in Newcastle, a double header at Liverpool’s home ground Anfield, the first non-football sports event at Arsenal’s Emirates stadium, and the double-header men’s and women’s finals at Old Trafford.

Meanwhile, new names in the tournament include Greece, Jamaica and Brazil.

“We are hoping to reach a new global TV audience so that anyone anywhere can consume the RLWC,” says Dutton.

“We are ensuring every team is treated equally, in terms of appearance money,” says Dutton. “There is also prize money for the first time in the women’s and wheelchair events.”

He goes on: “It is important that the World Cup plays its part in the evolution of rugby league.

“We want to make sure there is longevity. We want to use the tournament to engage and pique people’s interest in the sport.”