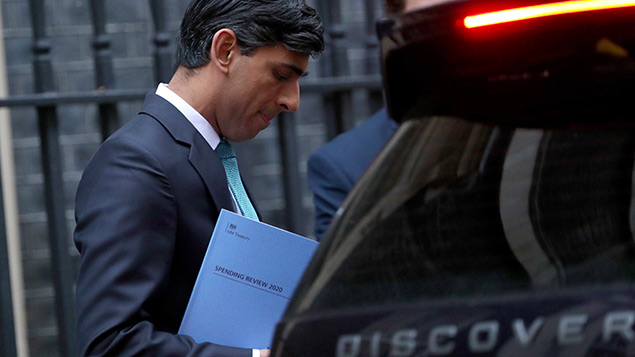 The phasing out of the retail price index (RPI) in favour of the consumer prices index plus the cost of housing (CPIH) will have a significant impact on traditional defined benefit pension schemes.

In his Spending Review on 25 November, chancellor Rishi Sunak announced that the RPI measure of inflation will be phased out from 2030, meaning members of such schemes will receive smaller than expected increases in their annual pension upgrades.

The government and the UK Statistical Authority this week published their response to a consultation on the timing of RPI reform, assessing whether it could be achieved from 2025. However, the chancellor said that to minimise the impact on holders of index-linked gilts, he will be unable allow reforms until 2030.

CPIH is typically about 0.8 percentage points lower than RPI. The Pensions Policy Institute has calculated that DB scheme members that currently use RPI will be approximately 9% worse off over their lifetime.

Judith Fish, professional trustee at Dalriada Trustees, said: “The issue of pensions indexation looks set to become one of the key pensions issues of the decade.

“Although similar in terms of impact on members to the change in statutory revaluation and pension increases when they were changed from RPI to CPI, this change has a far wider impact.”

Lesley Alexander, president of the Pensions Management Institute, added: “It was inevitable that RPI was ultimately to become aligned with CPIH, but we must not lose sight of the implications for pension schemes and their members. This change will result in a significant drop in the value of scheme assets.

“This turn, will see scheme sponsors, whose existing commitments to defined benefit schemes have already caused serious financial stress, placed under even more pressure. At the same time, members whose benefits in payment are matched with index-linked gilts will also suffer a longer-term loss in income. We should consider the impact that this change will have on the credibility of the pensions system.”

John Baines, partner in the risk settlement team at Aon, said: “Most schemes which have RPI-linked benefits and which are looking at buy-ins and buyouts, are well hedged, while insurers are also required to hedge benefits closely. Therefore, this news is likely to give them even greater certainty, and particularly as we head into 2021 with lots of schemes looking to purchase insurance.

“However, while some pension schemes with CPI-linked benefits may have seen their funding position deteriorate, the availability of long-term assets that more closely align with these benefits could be the one bright star on the horizon.”