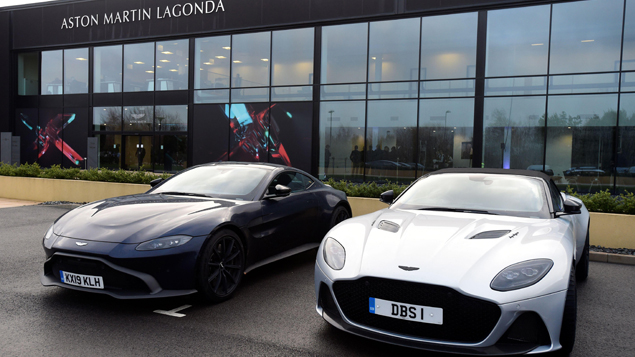 Around 200 jobs are set to be lost at the Aston Martin plant in the Vale of Glamorgan as it presses ahead with its cost-cutting plans.

The luxury car manufacturer has issued redundancy notices to 95 employees at its St Athan manufacturing facility, while around 100 jobs at Millbank, an agency which supplies workers to the plant, are to be lost.

Aston Martin said in a statement: “Aston Martin moves into a new era, with new investment and a new business plan to position the company for success, and to operate as a self-sustaining business in the near future.

“In order to secure the future of its Gaydon and St Athan manufacturing facilities, Aston Martin continues to execute on actions to improve the cost efficiency of the business, in alignment with its transformation plan.

“Project Horizon has been launched to revitalise its products and deliver a level of operational excellence, agility and efficiency throughout every aspect of the organisation.”

The Unite union said the scale of the proposed job losses was “extremely concerning” and raised questions over the car manufacturer’s employment practices.

Peter Hughes, Wales regional secretary for Unite, said: “We are engaged in a formal consultation on behalf of our members with a view to avoiding or reducing the impact of the redundancies across the entire workforce.

“Unite has been concerned for some time as to the creation of a two tier workforce at the site. We have been challenging Aston Martin over the last 12 Months over what we see as immoral and unethical employment practices adopted by Millbank in the employment of their contingent workers, who have been paid £8,321 less per year than an Aston Martin  production worker.

“Aston Martin is a brand that prides itself on its reputation and has been heavily financially assisted by Welsh Government to locate at St Athan. We expect the company to therefore act in a way that is both ethical and in the spirit of social partnership that we advocate in Wales.”

Millbank has been contacted for a response.

Plaid Cymru leader Adam Price said that the decision to cut jobs after the manufacturer received funding from the government was “dreadful news”.

“It’s nothing short of a scandal that millions of pounds of taxpayers money has been thrown at Aston Martin by the Labour Welsh government and the plant in St Athan only for it to be thrown back in their faces by cutting almost 200 jobs,” he added.

The Welsh government said it will consider whether any repayment of the support Aston Martin has received is needed.

Meanwhile, there are fears of further job losses at John Lewis, which has warned of further store closures this morning.

In February reports that it was considering closing eight stores, but John Lewis declined to comment.

Today, however, it said it “does not expect” all of its department stores to reopen once lockdown restrictions are lifted. It made a loss of £517m for the year to January, compared to a profit of £146m the previous year.

A final decision on John Lewis store closures is expected at the end of this month.