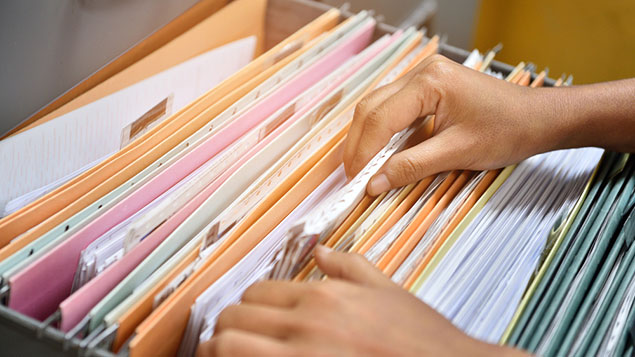 The claimant said she was unaware she was not allowed to access her own records
Photo: Shutterstock

An employment tribunal decision published in March demonstrates how employers must fully understand the nature of a person’s disability before launching disciplinary proceedings that may lead to dismissal. Two legal experts from Excello Law describe the case and its implications.

The Department for Work and Pensions (DWP) has lost more disability discrimination cases in front of employment tribunals than any other UK employer, according to media reports. In March, a BBC Panorama investigation found that between 2016 and 2019, there were 134 cases of discrimination brought against the DWP in relation to disabled employees.

But the DWP is far from being the only organisation that needs to be more diligent over its dismissal practices. In March 2020, a successful claim for unfair dismissal brought by Miss S J Austin against the Leeds Teaching Hospitals NHS Trust (The Trust) – a case in which Excello Law acted – acutely highlighted the importance of disability considerations in this context.

The Austin case serves as a cautionary tale both to employers and HR professionals. The Trust fully acknowledged that Miss Austin suffered from fibromyalgia (a chronic pain condition) and depression/generalised anxiety disorder – both of which are recognised as disabilities under the Equality Act (EQA).

A single woman in her fifties, Austin had been employed by the NHS from 1993 until 2017. Because of her conditions, she was also a regular patient in several NHS departments. Her anxiety caused her to repeatedly check when she next had a medical appointment and her own medical records, as well as those of her mother on three occasions. In total, Austin had accessed these records 141 times in recent years – often at multiple times in concentrated periods.

During a conversation in December 2015 with her line manager Anthony Warren, it became apparent that she had been doing this when she asked him why one of her appointments had been cancelled before she had received an official letter.

The NHS launched an investigation, which only served to increase her already high level of anxiety. Austin was informed that she was being investigated for gross misconduct. However, there was then a significant delay which further heightened her anxiety and caused her to frequently ask Warren for information about how the investigation was proceeding.

She was suspended during the investigation on the basis of this “pestering” of Mr Warren; this suspension was found to be an act of disability discrimination in itself in that it arose in consequence of her disability. Her employment was eventually terminated in May 2017. Having applied unsuccessfully for more than 50 jobs, Austin approached Excello Law.

At the Tribunal hearing, Judge Hannah Bright concluded that the Trust had discriminated against Austin because it had failed to realise that her medical conditions were the cause of her behaviour and that they failed to take into account her health or disability at any stage of the process. The Trust had also failed to recognise that Austin genuinely had not understood its “opaque” policies regarding accessing medical records, which did not make it clear that accessing one’s own records was not permitted. The investigation processes and hearings were heavily criticised.

As a result of this, her dismissal was unfair and further, ultimately arose from her disability and therefore amounted to discrimination.

Company or organisation policies need to be transparent rather than opaque – written in clear, concise language so that every employee can understand them

Judge Bright awarded Austin £269,113 in damages, stating “Miss Austin did not know that what she was doing was wrong. She understood that she must not access or share the records of other people outside her immediate family, in particular strangers. But she did not understand that the same prohibition applied to her own or her mother’s records. Miss Austin was not breaching the Trust’s policies or rules maliciously, intentionally or recklessly.” The judge further noted that Austin’s dismissal had caused her to lose friends, to become isolated and to suffer worsening anxiety and
panic attacks.

What are the wider implications of the decision?

First, employers should always follow the appropriate steps when approaching any concerns they may have over an employee’s actions.

Second, initial warnings to employees are key in the dismissal process. The tribunal in Austin’s case found that the dismissal was unfair since the complainant “had no way of knowing that her actions were prohibited or could lead to dismissal” and the conduct for which she was dismissed “was not culpable or blameworthy”.

Managers themselves need to understand why employees act in a certain way; they should take steps to understand any potential link that may exist between an employee’s disability and their behaviour

Third, insofar as is possible, company or organisation policies need to be transparent rather than opaque – written in clear, concise language so that every employee can understand them.

Meanwhile, managers themselves need to understand why employees act in a certain way; they should take steps to understand any potential link that may exist between an employee’s disability and their behaviour that could become the subject of a disciplinary process.

Failure to appreciate such a causal link creates a risk that an employment tribunal in an unfair dismissal claim could determine that any disciplinary sanction imposed had failed to take regard of the disability. It is equally important that employers pay very close attention to how the process is being conducted and approached at every stage. In the Austin case, the process was heavily criticised because the individual investigators and decision makers failed to investigate properly and to consider the full spectrum of relevant information.

Instead, they entered the process with closed minds and came to ill-informed conclusions that were perverse and unreasonable. Wherever possible, employers should therefore keep an open mind and ensure that due consideration is given to all relevant information as part of the investigation process.

To prevent discrimination cases arising in future when they are considering the dismissal of an employee, employers must not only ensure that they follow the correct procedures and approaches based on existing company policies, but they must also be mindful to take into account the employee’s health or disability at every stage of the process.