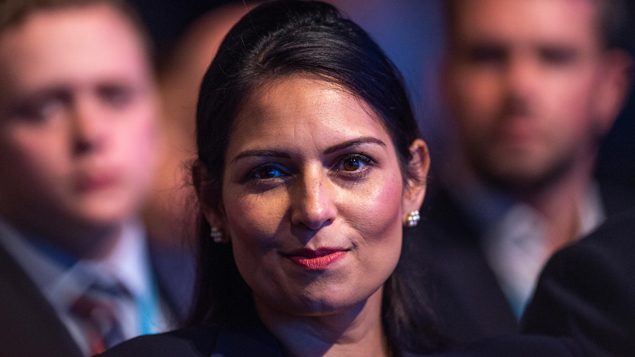 Home secretary Priti Patel has avoided the need for a bullying case against her to go to employment tribunal by settling it with what is thought to be a six-figure sum.

Sir Philip Rutnam, a former chief civil servant at the Home Office, has now dropped the case. He resigned from his post as permanent secretary at the Home Office in February 2020 to pursue the allegations of bullying against the home secretary.

He said this afternoon (4 March) through the FDA union: “I am pleased to say that the government has today settled the claims that I brought against them and which were due to be heard in an employment tribunal in September.

“This settlement resolves my own case. The FDA is continuing to pursue in separate proceedings the wider issues that have been raised.”

Rutnam had witnessed several incidents that he believed showed the MP for Witham was bullying staff. He had also accused Patel of creating a climate of fear at the Home Office and of creating a “vicious and orchestrated briefing campaign” against him.

He had sought to bring an unfair dismissal case against Patel at an employment tribunal.

Patel is expected to come under pressure to disclose the full amount paid out to settle the case as well as the costs. It is thought to run into six figures.

Last November an independent investigation, commissioned by the Cabinet Office after Rutnam had resigned from his post, was reported to have found that she “had not met the requirements of the ministerial code to treat civil servants with consideration and respect”.

The report, carried out by government’s independent adviser on standards, Sir Alex Allan – who subsequently resigned – has never been published. However, sources had told media outlets that the investigation found evidence of bullying.

At the time of the report, Dave Penman, general secretary of the FDA senior civil servants’ union, told the BBC that civil servants would be asking what message it would send if the government said Patel did not have to resign.

In a separate case, the FDA continues to pursue judicial review of Boris Johnson’s decision to overrule his own ethics adviser in finding that Patel’s treatment of Rutnam did not breach the ministerial code of conduct.

It was the first time that a secretary of state had been set to be taken to an employment tribunal by a former permanent secretary, the most senior civil servant in a government department.