Presenteeism rife under lockdown, driven by redundancy and workload worries 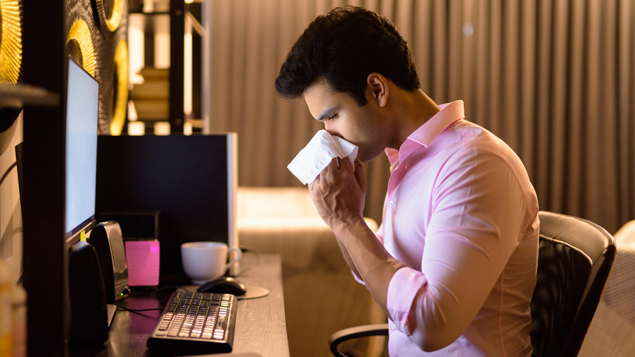 More than one in three employees (35%) has continued to work while feeling unwell during lockdown, with many feeling that their illness would not be seen as serious enough to warrant time off and some fearing it would increase their risk of redundancy.

This is according to insurer Canada Life, which found younger and more junior staff were most likely to work when unwell because they feared the repercussions of taking time off: 41% of 26-34-year-olds and 33% of 18-25-year-olds did so under lockdown, compared with just 20% of over-55s.

Forty per cent said they did not feel their illness was serious enough to warrant time off, while 26% said their workload was too great.

Many felt there would be financial repercussions for them, with 22% worried about how it would affect their pay. Sixteen per cent felt it would increase their risk of redundancy.

One in five said other colleagues or senior members of staff made them feel guilty about taking time off.

“The ‘always on’ work culture we’ve adopted over the last decade has come to a head; lockdown is making it worse and employees feel like they can’t switch off. As the physical and mental wellbeing of UK employees is stretched to the limit, productivity could be significantly hit,” said Paul Avis, group insurance marketing director at Canada Life.

“But with so many people frightened they might lose their jobs as a result of the coronavirus pandemic, it’s no surprise they’re working through sickness and worried about the implications of taking time off.”

Lockdown meant that staff were working longer hours: 18% said their working hours had increased, 15% were taking fewer breaks and 10% were not taking breaks at all.

Decision-makers were feeling obliged to appear present to staff (41%) and 21% said presenteeism had increased since lockdown began.

However, 41% of organisations had introduced measures to support workers struggling with presenteeism and 25% were actively encouraging staff not to work while unwell.

“Employers have an active role to play in encouraging their staff to take the time they need to recover from illness, mental or physical, and it’s encouraging that 41% have introduced measures to support struggling workers. Remember group protection policies come with a range of support services, too,” added Avis.

The Opinium Research survey covered 2,000 employees and 500 SME business leaders and was conducted in early May.