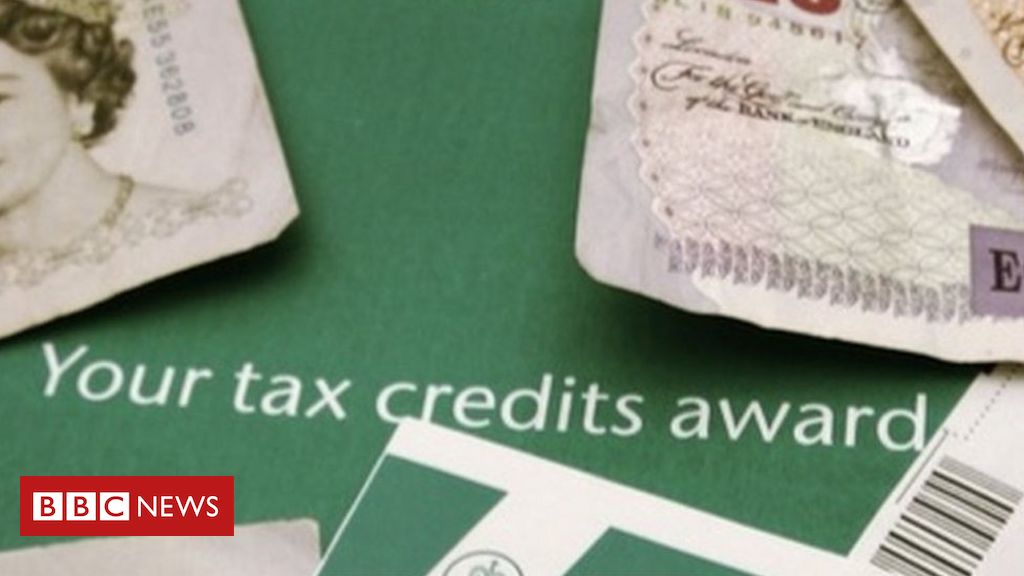 
More than one million tax credit renewal notices with incomplete information have been sent to homes by HM Revenue and Customs (HMRC).

The tax authority has apologised for the error but said that the omission had not affected the calculations made for proposed payments.

Tax credits top up the income of low-paid, working households and assist with childcare costs.

Recipients are being urged to check their annual renewal carefully.

What are tax credits?

Tax credits are benefits payments made to those on low and irregular income, including some self-employed people.

Tax credits have been replaced for new claimants by universal credit, but nearly three million people still receive them.

Each year, HMRC sends out annual review packs which state or request income from the previous tax year, as well as other details. This allows the tax authority to finalise someone’s entitlement for the year just ended and to set up a claim for the new tax year.

If, for example, the income stated is too low and the resulting tax credit payment too high, then HMRC can demand the overpayment back.

The deadline for submitting renewal information is the end of July. This year, nearly all claimants will have their tax credits automatically renewed, owing to coronavirus pressures.

They only need to tell HMRC if the information is wrong or, as is the case for many self-employed people, that their income information is only an estimate for the time-being.

What error was made?

When this year’s automatic renewal notices were sent out, 1.2 million of them omitted income details. The information – which is usually clearly stated – was missing.

HMRC has subsequently sent a follow-up letter with these income details used in its tax credits calculations, and said human error was to blame for the original fault.

“We are sorry that this happened, and for any inconvenience caused. We want to make sure we have paid customers the correct amount,” an HMRC spokesman said.

“A significant proportion of these customers are self-employed, and we need to confirm their previous tax year’s income has been correctly accounted for and to make sure they don’t miss the opportunity to give us an estimate if they are not certain about their income for this year.”

The Low Incomes Tax Reform Group, which highlighted the issue and has published a Q&A on the topic, has urged restraint from HMRC in light of the mistake.

“This issue is likely to lead to some confusion for claimants – especially as many are not used to the auto-renewals process and the notices are difficult to follow,” said Victoria Todd, head of the group.

“We urge HMRC to use the full extent of their powers to ensure that no claimant affected by this glitch is disadvantaged at a later date if they do not contact HMRC before 31 July.”

How has coronavirus affected claims?

This year only 150,000 people were required to reply to their tax credits renewal notice, tens of thousands fewer than normal.

In normal circumstances, people are also required to tell HMRC of a change in their working hours or income, within 30 days, at any time during the year so their tax credits top-up can be altered.

Those with a temporary change in circumstances as a result of coronavirus are not required to inform HMRC, but those with significant changes, such as redundancy, must do so.

Next year’s tax credit awards are likely to be impacted by the long-term effects on working hours and jobs expected from the economic fall-out of the virus.

In April, HMRC announced working tax credit recipients would receive up to £20 extra each week in the year to April 2021, as part of a package of coronavirus support measures.