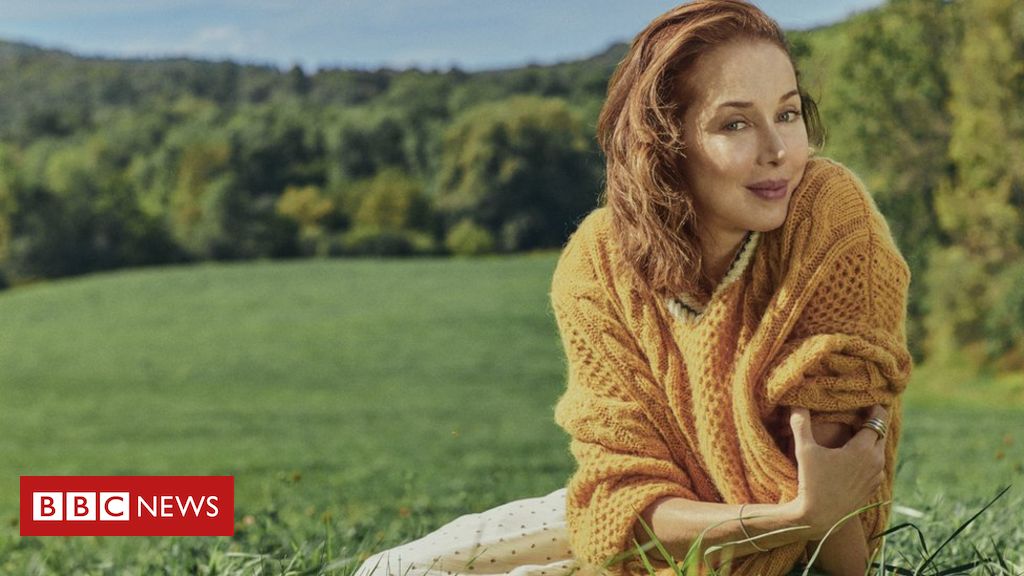 ‘People told me my plans for a skincare firm were crazy’

‘People told me my plans for a skincare firm were crazy’


The BBC’s weekly The Boss series profiles different business leaders from around the world. This week we speak to Tata Harper, owner of the popular US skincare company of the same name.

Tata Harper’s mission to create a natural skincare range began when her stepfather was diagnosed with cancer in 2005.

His doctors advised him to adopt a healthier lifestyle. They wanted him to reduce the amount of toxins and synthetic chemicals he was exposing his body to, be it through the food he was eating, or what he was putting on his skin, from shampoo to soap.

Ms Harper says it made her realise that she, and the rest of the family, also needed to make the change.

She switched to eating organic foods wherever possible, and started using cleaning products without any synthetic chemicals in her home. However, she was reluctant to swap her expensive, synthetic cosmetics products for natural alternatives.

“I’m a Latin woman and I love beauty products,” she says. “Natural products were super simple, with, like, three ingredients. I thought, I will never replace my super high tech Swiss skincare line with that, it’s too basic.”

But the more she thought about it, the more she realised that there was a gap in the market for a luxury, all-natural skincare company. So despite having no experience in the cosmetics industry – she was an industrial engineer who worked in property development – she decided to launch her own business.

Her namesake firm is today reported to be valued at more than $65m (£49m), with annual revenues estimated to total more than $25m. Meanwhile, actors Gwyneth Paltrow, Kate Hudson and Hilary Duff are among its high profile fans, and Forbes magazine calls her the “Queen of the green skincare movement“.

Born and raised in the Colombian city of Barranquilla, on the country’s Caribbean coast, as a child she would make DIY skin treatments with her grandmother from fruit they bought from local markets.

After school she went to university in Mexico, and got a degree in industrial engineering from the Monterrey Institute of Technology. Then in 2000 she moved to the US, where based in Miami, she and her former husband Henry, who is also from Colombia, started to build and sell apartments.

A few years later they started to do the same in New York City, which was when Ms Harper’s stepfather got his cancer diagnosis.

With the aim of setting up the skincare business, she started by doing a lot of research, into natural sciences, herbal medicines and biotechnology.

However, her plans were met with scepticism. “People told me I was crazy,” she says. “The reaction from the industry was that luxury and naturals don’t go together.”

Undeterred she started working with chemists to come up with a number of natural skincare product formulations, using savings she and her ex-husband had built up to pay for the work. She says it wasn’t an easy task.

By 2010 the first products were ready for sale, and Tata Harper the business was launched.

At that stage, Tata, Henry and their three kids had moved to a 1,200-acre organic farm in the small US state of Vermont, some 350 miles north east of New York City. To this day, all production is done at the property.

The products are made from herbs and other plants grown on the farm, and from other natural ingredients flown in from 70 countries around the world. The range is mostly bottled in glass, because it is easily recycled, while the labels and other packaging are made from recycled paper, and natural soya-based dyes.

“Typically the industry outsources the manufacturing of its products and I really rejected that,” says Ms Harper. “Because I’m an industrial engineer and also, as a beauty customer, I always had the expectation that the company I was buying from was the company producing the products.”

Her big break came just as she was launching the business, with a three-page spread about the brand in Vogue magazine. “I wasn’t expecting to get coverage from Vogue so early, but it made a big impact,” she says.

The brand’s popularity with celebrities has been another key factor in its success. “Gwyneth Paltrow was always a fan and a big supporter of the brand, and it’s kind of taken off from there,” she says.

She is keen to stress that the endorsements from famous fans are genuine – “We don’t have budgets to pay celebrities.”

Today Tata Harper is widely available across the US, the UK, Europe, Asia and Australia, with plans to expand into new markets including China, Russia and Japan.

The company now has around 150 employees, with annual sales said to have grown 50% every year. Ms Harper and her former husband retain a majority share, with outside investors including US private equity fund ACG.

“We’ve been lucky. Our investors believed in what we were doing and understood the movement,” she says.

While Tata looks after research and product development and media relations, Henry is in charge of sales and finance. The pair, who ended their marriage four years ago, both have the job title co-chief executive.

Mortimer Singer, a retail sector expert, and boss of US management consultancy Traub, says she is a great ambassador for her brand.

“Tata Harper is a great leader in the natural skincare space,” he says. “She herself is a wonderful talent in being a muse for her consumers. She lives the dream.

“[And] very few beauty companies are able to be fully integrated and create their own ingredients in their own facilities.”

During the coronavirus lockdown period, after setting up her three children, aged 10, 11 and eight, with their home schooling, she takes online meetings and says she is “pretty much on the phone all day” until 6pm.

After a decade running her business, she says she can’t imagine wanting to do anything else. “I put so much of my personal values into the brand. My job makes me tick.”

Like many other manufacturers, Ms Harper has had to close her production facilities during the pandemic. And, as sales are evenly split between digital channels and physical stores, many of which have had to temporarily shut, the business has been affected.

But she believes the current global crisis will serve to emphasise the importance of brands supporting good health and sustainability: “If anything, this is going to make people appreciate what we do more.”