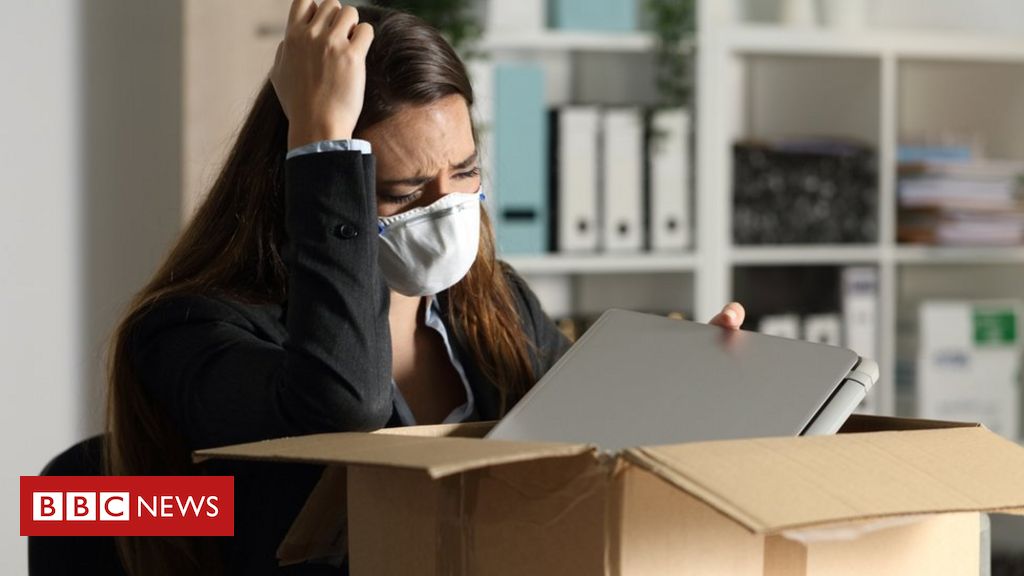 One in three UK firms ‘expect to make redundancies’

One in three UK firms ‘expect to make redundancies’


One in three UK employers expect to make staff redundant between July and September, a survey suggests.

The research by the Chartered Institute of Personnel and Development (CIPD) and recruiter Adecco shows a 50% jump in the number of employers expecting to cut jobs compared to three months ago.

In the private sector, 38% of firms plan to make redundancies, compared to 16% in the public sector.

Firms with plans to hire rose – but numbers were down on past years.

There have been an increasing number of job cuts as the coronavirus pandemic wiped more than a quarter off UK economic output.

In the month leading up to 9 July, more than 2,000 employers were asked whether they planned to make redundancies.

While 33% said they did expect to let staff go, another 49% said they planned to hire in the three months until the end of September.

That indicated an increase in confidence compared to the previous quarter when just 40% said they planned to take on new staff.

However, that figure was still “well below” levels seen in previous years, the report’s authors said. And the proportion of employers planning to hire, relative to those expecting to let go of staff, had fallen to its lowest level since 2013 when the survey began in its current form, they said.

‘It’s been really upsetting and stressful’

William Bird, 27, had been working as an assistant producer at an events agency in London that creates tailored experiences for big brands.

He was furloughed in April, and then at the end of June, he was told that he was being made redundant, after four years with the firm.

“Unfortunately, right now members of the public do not feel safe to attend events… so at the end of June, I was told that my company had done everything to try to retain me, but due to the lack of work coming in, they didn’t have the financial backing to keep me on,” he told the BBC.

Mr Bird said it had been a “difficult year in general”, as his mother passed away from cancer a few weeks into lockdown.

“It’s been really upsetting and stressful. I’ve gone from having a tragedy in the family, to looking for work, and at the end of August I’m going to have to move out from the flat I rent in London with my girlfriend because we can’t afford it anymore,” he said.

He says he only received three weeks’ of redundancy pay as he was on rolling contracts during his first year with the firm. And he is upset that his month of notice in July was paid at the 80% furlough rate, rather than the full salary listed in his contract.

The only consolation to the situation, says Mr Bird, is that his firm didn’t want to let him go: “They told me that this wasn’t performance-based at all, and that they were making difficult decisions for the future of the company, with the hope that after the industry recovered, they’d love to offer me my job back.”

Gerwyn Davies, an advisor at the CIPD, predicted a “sombre autumn for jobs”.

“This is the weakest set of data we’ve seen for several years,” he said.

“Until now, redundancies have been low – no doubt due to the Job Retention Scheme – but we expect to see more redundancies come through this autumn, especially in the private sector once the scheme closes.

“Hiring confidence is rising tentatively, but this probably won’t be enough to offset the rise in redundancies and the number of new graduates and school leavers entering the labour market over the next few months.”

It comes as data from the Centre for Retail Research suggests that more than 22,000 restaurant jobs have been slashed already this year. That is more than double the number announced throughout the entire of 2019.

Last week Pizza Express said it was considering closing 67 of its UK restaurants, which would mean the loss of 1,100 jobs.

Meanwhile, Byron has announced 651 job cuts; the Casual Dining Group, which owns Bella Italia and Cafe Rouge, is to put 1,909 out of work and the owner of Upper Crust, SSP, has said 5,000 jobs are at risk.

It comes as figures obtained by the BBC showed the number of firms that notified the government in June about plans to cut 20 or more jobs was five times higher than in the same month last year,

Have you been made redundant in the last few months due to the pandemic? Share your experiences by emailing haveyoursay@bbc.co.uk.