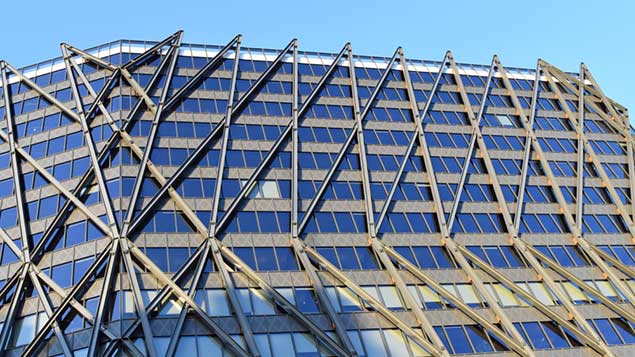 The building where Splunk’s London office is based. Photo: D MacDonald / Shutterstock

A sales executive who earned more than £700,000 per year has won her claim for sex discrimination at an employment tribunal after her clients were re-allocated to others in what she described as an ‘old boy’s network’.

Fast-growing data analytics firm Splunk was founded in 2003 in Silicon Valley. Nadine Lee began working for the company in London as a regional sales manager in 2013. She became global account manager a year later and by 2018 she was earning $977k (approximately £700k) per year, comprising £95k basic salary, a performance bonus and commission.

Lee was praised in 2017 for landing huge deals with two clients. Splunk’s EMEA chief operating officer wrote at the time: “Here is to the biggest EMEA deal of the quarter. Masterful job from building the campaign to maturing and closing the deal. It took a village to win [client] trust and we are now on a safe path to adoption and success with one of the largest banks in the world. So proud of your game and accomplishment, Nadine and Team. Respect!”

In March 2018, given her exceptional performance, Lee was granted a six-month period of unpaid leave to “recharge her batteries”. It was described by Splunk as a “goodwill gesture” and it was made clear that she would reassume her role as global account manager on her return.

During her leave, Lee’s role was filled by Steven Gracey, who had previously worked at Adobe with two colleagues, senior HR business partner Julie Ward and UK area vice president Alan Banks. Gracey headhunted Raj Dosanjh, who he had worked with previously and had known for around 12 years.

By late April, Lee became aware that the long-term two clients she had previously been lauded for had been reassigned to Dosanjh, who she later discovered was also earning a higher basic salary. Furthermore, despite her sales successes, she had not been nominated for EMEA Sales Manager of the Year.

The tribunal panel, led by Employment Judge Lewis, were particularly critical of some of the communication between Splunk managers once Lee had discovered what had happened during her leave of absence. Following advice from Ward, Gracey emailed the claimant, copying in Banks, to say they wanted to discuss the allocation of accounts on her return.

Lee replied: “Looking forward to meeting you and hitting the ground running. I appreciate you managing my accounts … I would like to discuss how the top EMEA Sales Manager award was decided… Thank you.”

Banks immediately replied to Gracey and Ward, “The game begins” and Gracey emailed back, “Yes”.

Ward responded by beginning a new email chain: “I agree. I think the game begins. Suggest you just have some bullet points and close it down as we are not going to change and provide her with the award. However just as a quick fyi I think she may start to fight re the account change and this award etc so we should not put anything down in email with her name in it as she can easily request the data subject access. Unless it is work related etc or specific confirmation or feedback which is going to her.”

In the judgment, Judge Lewis said: “We note at this point our concern regarding this email. Miss Ward was suggesting that when managers communicated about the claimant in future and knew they were communicating about her, they artificially leave her name off the email so that she would never be able to see it on a [subject access] request. Whether intended or not, this might well also have the effect of hiding certain documents from disclosure in any litigation. The only reason the email emerged was because Mr Banks responded to it, using the claimant’s name. We do not know if there are other emails which still remain unfound.”

In the previous five years, the highest attaining regional sales manager had been given the EMEA Sales Manager award and Lee, while the highest revenue attainer on this occasion, was not nominated for the award.

The claimant raised a grievance complaining about the removal of her two accounts and the way it was done, the failure to award her sales manager of the year, the recruitment of Dosanjh who knew Gracey and Banks and was allocated three large accounts. Lee also queried his pay.

Lee said a “high-performing ‘ethnic’ female was being pushed aside for the old boys’ network”. After appealing the outcome of the grievance, Lee resigned in August 2018.

The tribunal unanimously found that Splunk unfairly constructively dismissed Lee, that it treated her less favourably because of her sex: in the reallocation of client accounts; and in the way it handled her allegation of sex and race discrimination in relation to the sales manager award, which it said was victimisation. But it found that Splunk did not treat the claimant less favourably because of sex by not awarding her the prize.

It also found successful an equal pay claim in relation to the claimant’s pay versus Dosanjh’s.

“Removing and reallocating [the accounts] without the claimant’s consent was a detriment. These were high value accounts on which she had built relationships… [and] had recently secured large high-profile deals. Moreover, the way it was carried out, without consultation and behind her back, was hurtful and humiliating.”

A remedy hearing will be scheduled in due course.