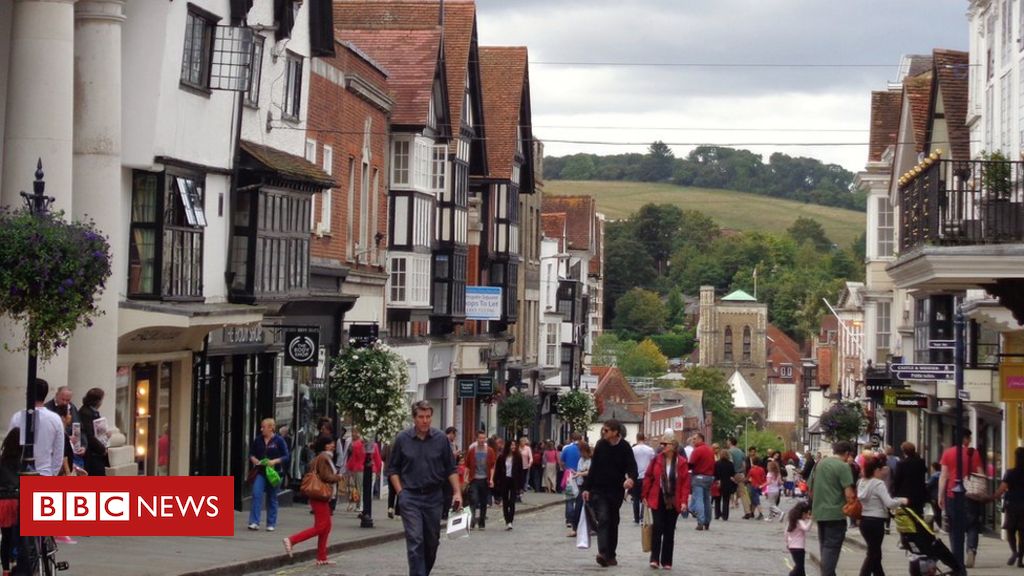 
Local high streets could be poised for a revival if the trend for home working continues, a survey suggests.

The Royal Institution of Chartered Surveyors’ latest commercial property survey found almost all members – 93% – saw businesses scaling back their office space in the next two years.

It said a move away from urban hubs could prompt a shift to neighbourhoods.

Three-quarters of the commercial property agencies and valuation businesses it surveyed, said the market was in a downturn, with just over one in 10 predicting conditions had reached the bottom of the cycle.

The vast majority of respondents thought rents would fall in the next three months, the most pessimistic reading since 2008.

Hew Edgar, head of UK government relations for RICS, warned of a “polo mint” effect – a hollowing out of city centres.

But he said this could bring benefits, if properly managed: “With downturn there can be opportunity, government must also look to replace uncertainty with stability; and fill the middle of the commercial sector polo mint.

“Offices and shops in city centres need support as people stay away from their normal workplace, and although local shop hubs are benefitting the market must be addressed as a whole.”

Simon Rubinsohn, RICS Chief Economist, said tenants are thinking about a shift because commercial property in central locations is more expensive, while people are wanting to work more from home and spend extra time in their neighbourhoods.

“For a lot of businesses they are thinking about that opportunity to move towards suburban locations. We’re looking at a very different model going forward: there may still be a central location but it may just be a lot smaller.”

He said that will free up property for housing.

“It’s quite clear the pandemic is going to result in more space becoming available. One of the obvious answers to that is to begin… to think about addressing the housing crisis that we have through use of some of this space.”

“I think it’s really important that standards form the backbone of this conversion process,” he said.

“It is possible to deliver viable office-to-residential schemes through the more stringent planning permission process,” he said.