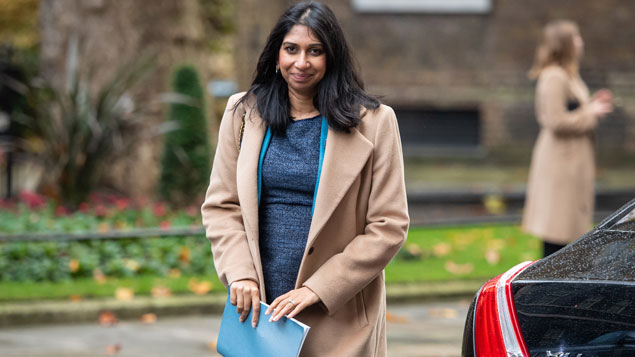 A new law will be passed by parliament next week that will for the first time extend maternity leave rights to senior government ministers.

The move has come about as attorney general Suella Braverman prepares to have her second child – the first time a cabinet minister has had a child while in office.

Without a new law, Braverman would have been expected to resign her post. Once passed, the Act will enable Braverman to take six months’ maternity leave on full pay while she is temporarily replaced.

The government will present the Ministerial and other Maternity Allowances Bill in the Commons later today (Thursday, 4 February) and will hope to pass it to the Lords by the end of next week.

Because ministers are political appointees at the discretion of the Prime Minister, and not employees in the normal sense, they have lacked normal employee rights.

Braverman, as an MP, was able to take maternity leave when her first child was born in July. Several female politicians serving as junior ministers have taken maternity leave in the past, including Conservative MPs Tracey Crouch and Kemi Badenoch.

The new Bill will align the rights conferred by cabinet-level posts with those of more junior ones and will be similar to those of the civil service and Armed Forces.

In 2019, Labour MP Stella Creasy campaigned to get maternity cover for MPs, asking their funding body to cover the salaries of “locum MPs” that would undertake maternity cover in local constituencies. Creasy was able to appoint the first locum MP to cover her constituency work in Walthamstow last year, but other MPs have been reluctant to ask for the same funding.

The BBC reported that the new bill would also extend maternity rights to opposition frontbench positions too.

Labour is understood not to be planning to table any amendments from the frontbench, though backbenchers may still try to amend the bill.