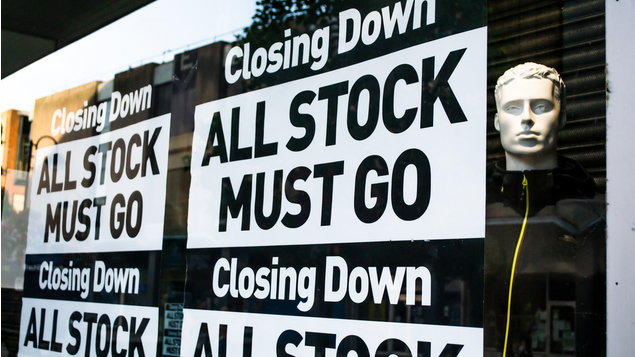 Almost 10,000 people are expected to be made redundant today, on what outplacement firm Randstad RiseSmart is calling ‘Black Monday’.

Based on its experience of the outplacement market, it said 7 December 2020 was likely to be the worst day of the year for job losses in the UK, as many organisations cut back ahead of the new year. It expected 9,550 redundancies to be announced.

“The economy is set to shrink 11% this year, the most it has done since Queen Anne sat on the throne 300 years ago. Not only that, but businesses are starting to deal with the medium term economic fallout of the pandemic – grappling with the fact that the economy may not recover to pre-pandemic levels until 2027,” said Simon Lyle, UK managing director of Randstad RiseSmart.

“While the first week of December is always a bad time for layoffs, the economic outlook means employers will be making more redundancies than ever this year. And this isn’t just the big name retailers we’ve seen so much of in the news – this is all sorts of businesses, across different sectors – who are having to make some very difficult decisions.”

Its grim prediction came as the Department for Work and Pensions revealed more than 40,000 people – 800 per day – have been referred to its new Job Entry Targeted Support (Jets) scheme in its first two months.

The scheme, which was announced by chancellor Rishi Sunak at the beginning of October, is especially targeted at those who had lost their jobs as a consequence of the Covid-19 pandemic.

People who have been claiming Universal Credit or Job Seekers Allowance are given advice on how to move into “growing” sectors, was well as support with CV-writing and interview techniques. Those who have been out of work for at least three months are given an action plan to follow and are signposted to opportunities for skills development.

Employment minister Mims Davies said: “Many people are sadly facing unemployment due to the pandemic, for the first time in years, and will need help to build their confidence, get back on their feet and apply for new roles – Jets gives people the tools and support they need to succeed.

“During such a challenging time, our new employment support is already helping thousands of jobseekers to get back into work and I’ve met with Jets providers to see first-hand the vital help this programme has already given people across the UK.

“Our Plan for Jobs is supporting people of all ages – we’re doubling the number of work coaches across our Jobcentres, creating thousands of opportunities for young people through our Kickstart scheme and our SWAP scheme is helping people retrain in new industries.”

In the three months to September, redundancies reached a record high of 314,000 according to the Office for National Statistics.

Thousands more jobs on the high street have recently been put at risk with the announcement that Arcadia Group, Bon Marché and Peacocks and Jaeger owner Edinburgh Woollen Mill Group had appointed administrators. Debenhams also planned to close its doors, but Mike Ashley’s Fraser’s Group confirmed today it was in talks to rescue the struggling department store chain.