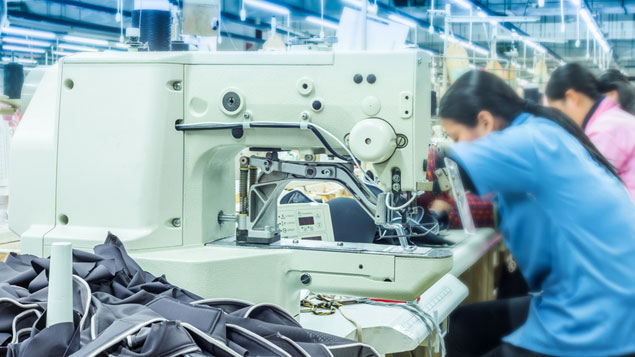 Brands including Boohoo, H&M and Nike and have given evidence to MPs denying that labour camps in the Xinjiang province of China are part of their supply chain. Rob Moss reports on the BEIS Committee’s first evidence hearing and examines the complexities of monitoring supply chains.

In September, the Business, Energy and Industrial Strategy committee announced an inquiry into the extent to which UK businesses are exploiting the forced labour of Uyghur Muslims in the Xinjiang region of China, with MPs exploring whether existing legislative and audit requirements are sufficient to prevent them from contributing to human rights abuses. Last year, leaked documents led to reports of cultural genocide alleging that the Chinese state was holding Uyghurs in “re-education camps”, running a forced sterilisation programme, torturing people and separating children from their parents.

As a starting point, we in Britain must approach cotton coming from China by default as having a presumption that it is tainted by enslaved labour and genocide unless it can be proven otherwise” – Maajid Nawaz, Quilliam International

Against that backdrop companies are facing reputational damage if they cannot demonstrate that their products are free from association with the Xinjiang Uyghur Autonomous Region (XUAR).

David Sävman, head of supply chain at H&M Group, told MPs: “When these serious allegations came up we made investigations into all of our suppliers.

“We didn’t find any proof of any breach of our sustainability commitments, where we have very clear guidance of how our ethical processes should happen.”

Sävman explained in detail the lengths the Swedish fashion house went to when it comes to monitoring its supply chains.

“We have all of our direct suppliers, all of our manufacturers of garments, transparently listed on our website. You can also see where every single product that we sell in H&M is produced. We also have full traceability one tier down, which is the manufacturers that produce the fabrics,” he said, adding that the majority of those are also fully transparent on its website.

He then talked about the next tier down, the spinners who create the yarns and, next, the ginners who process the cotton to separate the fibres from the seeds. For these elements of the supply chain, Sävman said there was no full traceability.

“There is no way today in a scalable, efficient way to fully trace fibres on that level,” he said but added that H&M ensured that the cotton it bought was accredited by one of two organisations, one of which he compared to renewable energy. “You make sure that you buy the amount of renewable energy that you consume but you cannot trace back that the actual energy ending up in your house comes from a renewable source.”

He said there was “a lot going on” including piloting of blockchain technology and isotope analysis and DNA analysis to identify where certain fibres are from.

She added that a number of the firms the committee is communicating with just say “it’s far too complicated” to do what H&M has done.

Maajid Nawaz, founder of counter-extremism organisation Quilliam International, told MPs that 84% of China’s cotton came from the Xinjiang region, “precisely” where the allegations of exploitation and genocide are being made.

“As a starting point, we in Britain must approach cotton coming from China by default as having a presumption that it is tainted by enslaved labour and genocide unless it can be proven otherwise.”

Sävman explained that the Better Cotton Initiative (BCI), an accreditation service used by H&M, stopped sourcing cotton from the region when the allegations of slave labour among the Uyghur people arose. Boohoo also gave evidence to the committee, in the wake of Alison Levitt QC’s report in September which found that allegation of poor practices including low pay and unsanitary working conditions were “substantially true”.

Andrew Reaney, group director of responsible sourcing at Boohoo Group, said his firm was shocked by the revelations around the Uyghurs. “We wrote specifically to all our suppliers in our complete supply chain to confirm that we have no manufacturing or fabric links to that particular region,” he said.

“That piece of work was done and all of our suppliers confirmed that they have no manufacturing or fabric links to that region.”

He added that Boohoo was working with compliance provider Bureau Veritas “to map all of its tier one and two supply chain” worldwide.

Referring to Boohoo’s compliance shortfalls in Leicester, Alicia Kearns, guest member from the foreign affairs select committee and MP for Rutland and Melton in Leicestershire, asked Reaney how Boohoo could monitor its suppliers in China when it could not enforce compliance at home.

He acknowledged that the budget fashion retailer had had some challenges within its UK supply chain. “I think it’s a matter of regret from the organisation that we didn’t move as fast as we could have and the purpose of being here today, the purpose of releasing the Alison Levitt report, is to demonstrate our sincerity and our commitment to absolute 100% supply chain transparency, irrespective of the source and region, whether it’s Leicester or it’s China.”

In February the Australian Strategic Policy Institute (ASPI) reported that under conditions that strongly suggest forced labour, Uyghurs are working in factories that are in the supply chains of at least 82 well-known global brands in the technology, clothing and automotive sectors, including Apple, Nike, Sony and Volkswagen.

Jaycee Pribulsky, vice president of global footwear sourcing and manufacturing at Nike, said the US group was “deeply concerned” regarding the situation in the Chinese region.

Pribulsky said that Nike had already stated that there were inaccuracies in the ASPI report and it had put compliance checks in place in November 2019.

We all know that there are limitations to audits. Audits are a moment in time” – Jaycee Pribulsky, Nike

“This situation is unprecedented in modern supply chains and what we have done, as we have continued to understand the reports of the situation in the XUAR, is to continue to conduct ongoing diligence and further strengthen our audit protocols.”

She added that Nike is working with suppliers in China to identify and assess potential risks and this process had found no evidence of the employment of Uyghurs or other ethnic minorities.

“We all know that there are limitations to audits. Audits are a moment in time. We drive and seek continuous improvement – that’s why we align to global best practice and standards through the International Labour Organization, among others.”

Darren Jones, chair of the committee and Labour MP, underlined just how complex the process of supply chain monitoring and mapping was. When he asked Pribulsky and Reaney – for Nike and Boohoo respectively – how many tiers each company had in their supply chains, neither company could provide a number.

While it is evident that household names such as those questioned by the committee are pulling out the stops to try to ensure compliance with labour standards, it remains abundantly clear that when companies attempt to examine the deeper recesses of their supply chains, they find it increasingly difficult to draw conclusions. The inquiry continues.