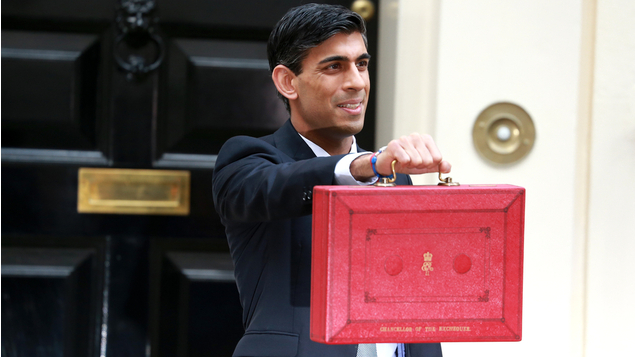 Business groups and MPs want the chancellor to announce further support for workers in his Budget Cubankite / Shutterstock.com

MPs and campaign groups have called on chancellor Rishi Sunak to fix the gaps in support schemes that mean around 3 million workers cannot be furloughed or make a claim for income grants.

The government has come under increasing pressure to plug the gaps in furlough and the self-employment income support scheme (SIESS) in the chancellor’s Budget in March.

One group calling for more support for shut-out workers is the Gaps in Support all-party parliamentary group (APPG). It said those who have been excluded from coronavirus job and income support schemes – such as the newly self-employed, PAYE freelancers, directors of limited companies and the self-employed with 50/50 trading and non-trading income – should be offered one-off targeted grants ranging from £3,500 to £7,500.

Providing these one-off grants to the 2.9 million people excluded from support schemes would cost the Exchequer £10.5bn, the APPG estimated.

Liberal Democrat MP Jamie Stone, chair of the Gaps in Support APPG, said: “This scheme is affordable, simple to administer, resistant to fraudulent claims and will help protect people the country will need desperately in the months and years ahead.

“Crucially, failure to offer this support – support for people who have paid their fair share into our tax system – is likely to result in a far higher long-term cost to the Treasury, both in terms of business opportunities lost and in increased costs from unemployment.”

Caroline Lucas, the Green Party co-chair of the APPG, told the Guardian that it was “completely unacceptable” that around 3 million workers had been left out of the support schemes.

“While it was understandable at the beginning of the pandemic, when the Treasury had to act fast, that some new support schemes didn’t work as well as they should, it’s a scandal that over 10 months later, so many are still falling through the gaps,” she said.

According to the Federation of Small Business, around a fifth of small firms have not received any financial support from the government.

FSB national chairman Mike Cherry said: “There are some extremely concerning gaps and misguided criteria. We need action to address these glaring omissions now. Budget announcements in March, with actual changes taking effect after that, will prove too late.”

Earlier this week, unions and business groups joined the growing call for furlough to be extended past its current end date of 30 April, with the TUC having suggested it should continue for the rest of this year.

The Treasury has said funding is targeted at those who need it most, and those who are not eligible for government support schemes can apply for help via its strengthened welfare safety net.

Meanwhile, the new director general of the CBI has said the UK needs an economic strategy akin to the post-war recovery launched in 1945.

Tony Danker said the economy has experienced the “triple shocks” of Brexit, Covid-19 and climate change, and that the government, businesses and unions needed to work together on a long-term plan for recovery.

“I believe we must, and we will, come together to forge a better decade. More 1945 than 2008,” he said in his first speech at the helm of the business group.

“Let’s be clear. The scale of the shocks we’re facing today – Brexit, Covid, and the climate imperative – demand a similarly dramatic moment of unity and foresight. So, what will we take from this crisis? Where, in our darkest times, have we made real shifts for the better? Most notably, of course, in the aftermath of the second world war, when post-war reconstruction gave birth to the NHS and creation of the welfare state.”