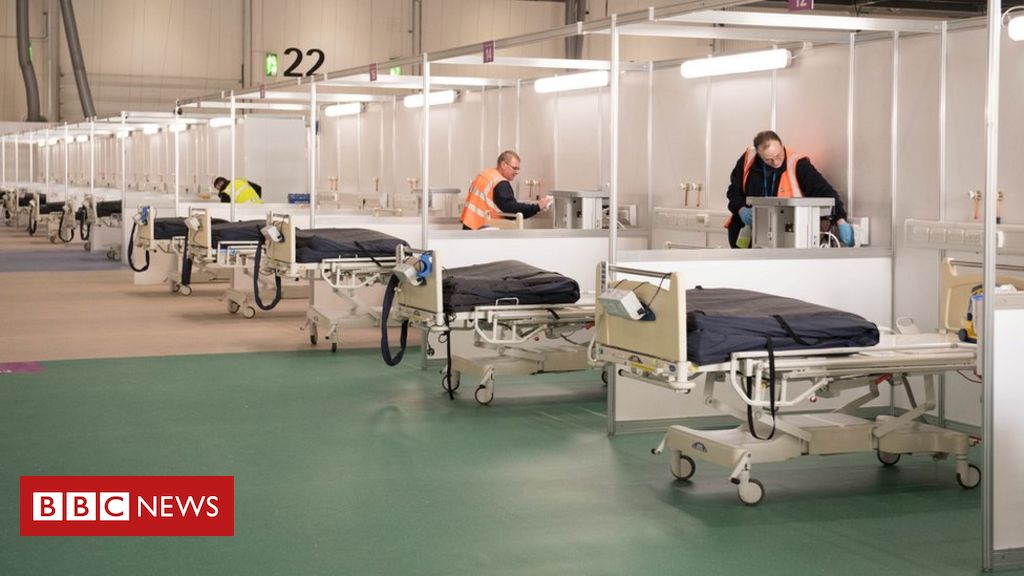 
Two of the UK’s biggest government outsourcers have agreed to merge their support services arms, creating a business employing almost 80,000.

Mitie Group said it would buy the facilities management arm of rival Interserve for £271m.

The deal will help Mitie gain scale in the UK’s huge outsourcing industry at a time when others are struggling to cope with the coronavirus crisis.

Both firms serve clients such as the NHS and the Ministry of Defence.

The deal comes at a time when the government is relying heavily on outsourced services providers in its response to the coronavirus crisis.

Both Mitie and Interserve are involved with the NHS Nightingale hospitals, built specially to treat Covid-19 patients, while Mitie has been hired to run 11 Covid-19 drive-in regional testing centres.

Mitie said the deal would help it to cut costs at a time when clients are cutting back on discretionary spending.

Boss Phil Bentley said: “This will be a transformative acquisition, expanding the scale and footprint of our business to create the UK’s largest facilities management company and accelerate the delivery of Mitie’s long-term technology-led vision.

“The transaction will better balance our public and private sector divisions, driving greater returns from the investments we have made in technology and customer service over the past three years.”

In results published along with the announcement, Mitie said its operations had been less affected by the UK’s lockdown than initially feared, with revenue in April and May down just 12%.

However, the firm said it would cancel its final dividend for the year to save cash and raise £201m by issuing new shares.

For Interserve, the merger gives it a chance to pay down its debts, give cash to its shareholders and stabilise its finances, its chairman, Alan Lovell, said.

The firm, which runs Ministry of Defence training centres and cleaning contracts for Network Rail, has been trying to turn itself around after being rescued from administration last year.