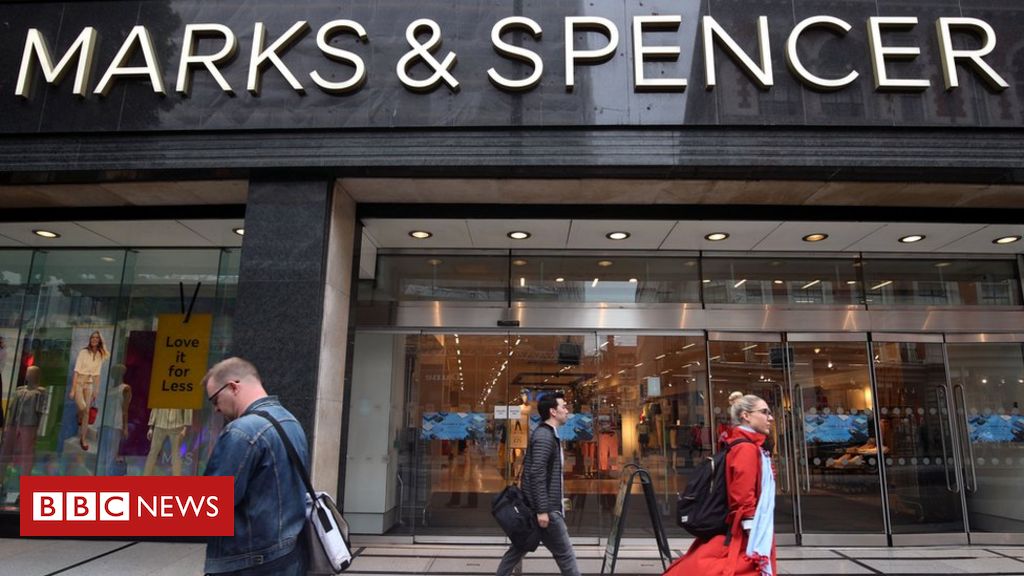 
UK High Street stalwart Marks and Spencer is to cut hundreds of jobs as coronavirus continues to hit trading.

The retailer said 950 store management and head office jobs were at risk because it needed to accelerate its restructuring.

A spokesperson said the move marked “an important step” in it becoming a “stronger, leaner” business.

M&S was already undergoing a transformation that included cutting costs and closing some stores.

The firm said that because of the pandemic, those measures would be accelerated under a programme called Never The Same Again. M&S said it now wanted to “make three years’ progress in one”.

M&S said it had started collective consultation with employee representatives and had set out plans to offer voluntary redundancy first to affected staff.

Sacha Berendji, director of retail, operations and property at M&S, said: “Through the crisis, we have seen how we can work faster and more flexibly by empowering store teams and it’s essential that we embed that way of working.

“Our priority now is to support all those affected through the consultation process and beyond.”

M&S’s food stores were open throughout the coronavirus lockdown, but trading in other parts of the business was severely affected. Clothing sales fell by 84% year-on-year at the lowest point, the firm said in May, warning that some customer habits had “changed forever”.

M&S was already struggling to adapt to the rise of online shopping and changing customer tastes.

The company had been facing increasing competition from fashion giants such as Primark on the High Street and Asos on the internet.

It is also one of the few big food retailers without its own internet-based delivery service. However, the retailer’s partnership with Ocado starts in September, replacing the online grocer’s existing deal with Waitrose.

In May, M&S chief executive Steve Rowe said that the impact of the virus lockdown had driven “effects and aftershocks” in the retail sector that would “endure for the coming year and beyond”.

Its latest announcement comes after a wave of redundancies on the High Street, with John Lewis, Boots and Debenhams among retailers announcing huge job cuts.

Other lay-offs announced during the pandemic have included:

On Monday, Ted Baker confirmed it could cut about a quarter of its UK workforce after the coronavirus pandemic added to its financial difficulties.

The fashion retailer did not confirm the number of redundancies, but there are reports that 500 store and head office jobs will go.

“We have not taken this decision lightly and would like to thank all our colleagues for their hard work,” a spokesperson said. The move is intended to save about £6m by the end of the year.

Both part-time and full-time roles will be affected. About 200 jobs will go at the Ugly Brown Building, its London headquarters, with the rest from its 46 shops across the UK and Europe, as well as many store concessions.

Ted Baker had also been struggling before the coronavirus pandemic hit the UK. The firm reported a pre-tax loss of £79.9m in the year to 25 January, against a £30.7m profit the previous year.

Are you a Marks and Spencer employee or contractor? Share your experiences by emailing haveyoursay@bbc.co.uk.