Marks and Spencer speeds up restructuring and cuts 950 jobs 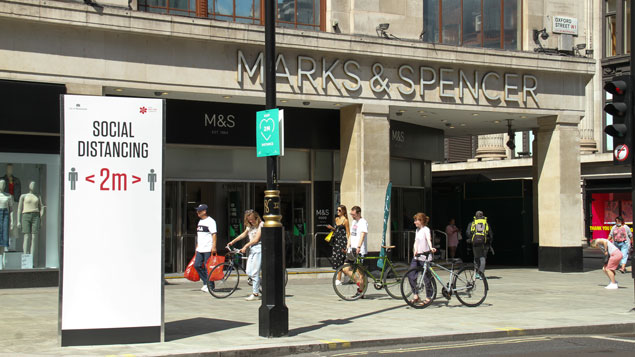 Marks and Spencer has announced it will accelerate restructuring plans as high street retail suffers the effects of the Covid-19 pandemic and the move to online ordering.

About 950 store management, property and head office jobs were at risk, the chain stated, as it looked to accelerate restructuring plans under its Never the Same Again turnaround programme.

According to Sacha Berendji, the M&S director of retail, operations and property, establishing more adaptable management structures was the aim of the job cuts. He said: “Through the crisis we have seen how we can work faster and more flexibly by empowering store teams and it’s essential that we embed that way of working. Our priority now is to support all those affected through the consultation process and beyond.”

The new cuts follow the closure of two distribution centres with the loss of 600 jobs. The chain closed 54 stores over the past two years with about 70 more closures announced in May 2019 still to come. In February this year, M&S chairman Archie Norman and chief executive Steve Rowe told property owners that it would close any under-performing sites across the UK. According to Retail Gazette, landlords have told retail sector analysts that far more stores are currently at risk of closure than those that M&S has already revealed in plans.

When it came to accelerating Never the Same Again M&S said it now wanted to “make three years’ progress in one”.

M&S said it had started collective consultation with employee representatives and has laid out plans to first offer voluntary redundancy to affected staff.

M&S’s food stores were open throughout the coronavirus lockdown, but trading in other parts of the business was severely impacted. In May, the firm said that clothing sales had fallen by 84% compared with 2019 and warned that some customer habits had changed forever.

Another clothing retailer taking drastic action is Ted Baker, which today confirmed it could cut about a quarter of its UK workforce after the coronavirus pandemic added to its financial difficulties.

The fashion retailer did not confirm the number of redundancies, but media reports suggest about 500 store and head office jobs will go.

“We have not taken this decision lightly and would like to thank all our colleagues for their hard work,” a spokesperson said. The move is intended to saved about £6m by the end of the year.

About 200 jobs will go at the Ugly Brown Building, its London headquarters, with the rest from its 46 shops across the UK and Europe, as well as many store concessions.

Ted Baker, like most high street clothing retailers, had been struggling before the Covid-19 pandemic hit the UK. The firm reported a pre-tax loss of £79.9m in the year to 25 January, against a £30.7m profit the previous year.