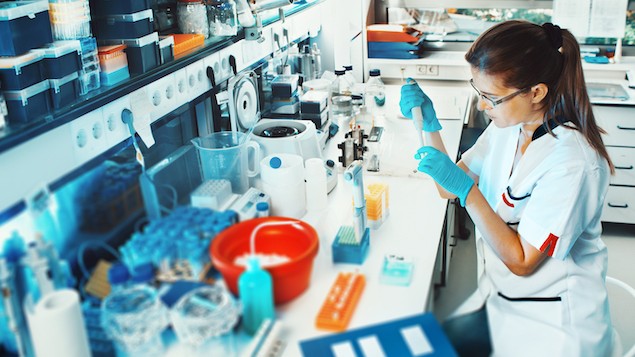 According to a whitepaper published by networking and recruitment specialist STEM Women, 54% of candidates said the company’s gender balance would be an influencing factor when deciding a job offer.

Almost three-quarters (74%) said they would consider it either extremely or very important that an employer had diversity initiatives in place while they were researching roles.

STEM Women surveyed 176 female STEM students and recent graduates across the UK to gauge their attitudes.

Sixty-eight percent said that if an organisation had a mentoring scheme, they would be more likely to apply.

In March this year, just as the UK entered into strict coronavirus lockdown measures, the government announced that it would not penalise employers that failed to submit their gender pay gap report for 2019 by the early April deadline.

So far around 5,800 employers – just over half of the total required to report – have submitted their figures.

STEM Women events manager Sophie Chadwick said “there has never been a more important time “to tackle the fundamental skills gaps and shortages in the UK STEM industry”.

She added that “female graduates who are entering industries with gender imbalances will favour employers with effective diversity initiatives and equal pay policies”.

One respondent to the organisation’s survey, who specialises in business analytics, said: “I expect at least a breakdown by gender of the current workforce, as well as strong policies about equal pay and opportunities.”

Around a third of the women questioned said they had suffered from ‘imposter syndrome’, a sense of feeling inadequate, while more than half did not want to answer the question. One of the respondents who answered yes admitted that she had gone to two interviews and had two offers, but still thought “I followed them somehow in the technical interviews”, or that she had only been hired because of her gender.

Prior to Covid-19, an overwhelming majority of those surveyed said that career events helped them to make their decision about whether they would like to join an organisation.

One said: “I have a good knowledge on the morals and ethos of the company through meeting employees and representatives, which offers a more three-dimensional understanding of the business (coming from current employees) opposed to simply reading their website.”

In terms of how the gender balance in STEM industries is likely to tip in future, 41% said they thought it would significantly change in the next 10 years. However, 56% said this change would only be moderate.