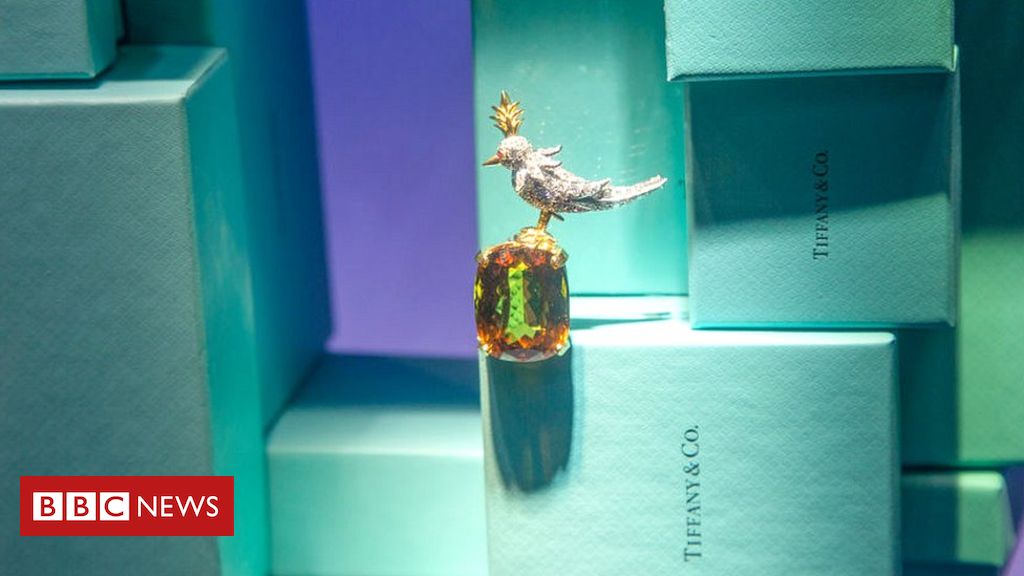 
The world’s biggest luxury goods firm, LVMH, has moved to quell speculation that its deal to buy US-based jeweller Tiffany & Co may be unravelling.

But Tiffany’s share price has fallen in recent days on reports that LVMH was seeking to get it for less money.

Now LVMH has said it does not intend to buy Tiffany shares on the open market, which would be the main way for it to reduce its outlay on buying the firm.

Tiffany’s share price falls came after reports that LVMH chief executive Bernard Arnault wanted to renegotiate the deal after the jeweller was hit hard by the coronavirus pandemic and US social unrest.

LVMH’s statement comes the day before Tiffany is due to issue its quarterly results.

LVMH said that during its board meeting on Tuesday, the firm “notably focused its attention on the development of the pandemic and its potential impact on the results and perspectives of Tiffany & Co with respect to the agreement that links the two groups”.

It added: “Considering the recent market rumours, LVMH confirms, on this occasion, that it is not considering buying Tiffany shares on the market.”

It gave no further details.

Tiffany is something of a New York institution and its flagship store is next to Trump Tower on 5th Avenue. The company hit global fame after being featured in the 1961 Audrey Hepburn film Breakfast at Tiffany’s.

LVMH has 75 brands, 156,000 employees and a network of more than 4,590 stores. Its brands include Louis Vuitton, Kenzo, Tag Heuer, Dom Pérignon, Moet & Chandon and Christian Dior.