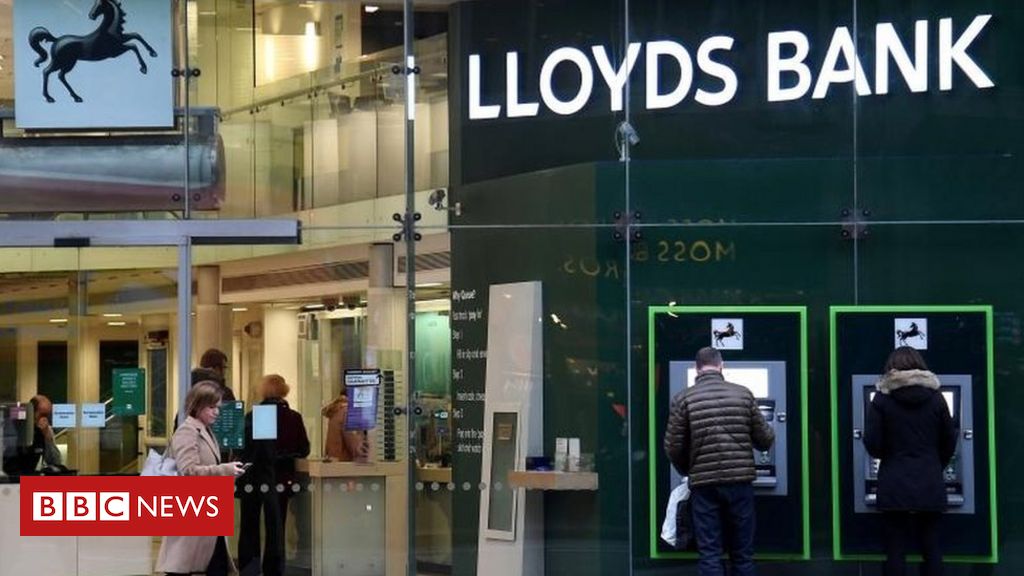 Lloyds profits wiped out as bank warns about economic outlook

Lloyds profits wiped out as bank warns about economic outlook


Lloyds Banking Group has warned the lockdown is having a greater economic shock than expected.

Britain’s biggest retail bank has put aside another £2.4bn in case more people and firms default on loans.

The provision was far higher than analysts expected, and meant Lloyds slumped to a pre-tax loss of £602m for the first half of the year, from a £2.9bn profit in 2019.

The bank’s share price tumbled by more than 7% on Thursday after the update.

Lloyds’ has now set aside a total of £3.8bn in the first half for bad loans, and admitted on Thursday that this could swell to as much as £5.5bn for the full year.

It is also expects mortgage defaults to reach £603m, compared with £30m in the first six months of last year based, in part, on “the additional reduction in house price forecasts” for the UK.

Commenting on the total figure for the first half, Lloyds said: “The increased impairment charge was primarily due to future potential losses arising from the revised economic outlook for the UK economy as a result of the coronavirus outbreak.”

Lloyds said it had lent over £9bn to companies through a number of government-backed schemes including the Bounce Back Loan and Coronavirus Business Interruption Loan schemes.

Richard Hunter, head of markets at Interactive Investor, said: “The current environment is proving to be a hard slog for Lloyds, and the difficulties are unfortunately set to continue,

“Since its last update, Lloyds estimates that the economic outlook has deteriorated further, partly because of the immediate impact of the pandemic in its second quarter, but also due to the likelihood of significantly higher defaults on loans in the next few months as various government support schemes subside.”

The bank also said it would like its home-based staff to return to the office when possible.

Currently some 50,000 of its 65,000 of Lloyds employees are working from home and will continue to do so until at least September.

But chief executive Antonio Horta-Osario, who is retiring from the bank in June next year, said: “We would like people to return to the office when possible, subject to that being done in a safe way and also according to government advice.”

However, he added that some staff had expressed a preference for working from home in the future and said Lloyds would examine options for flexible working.