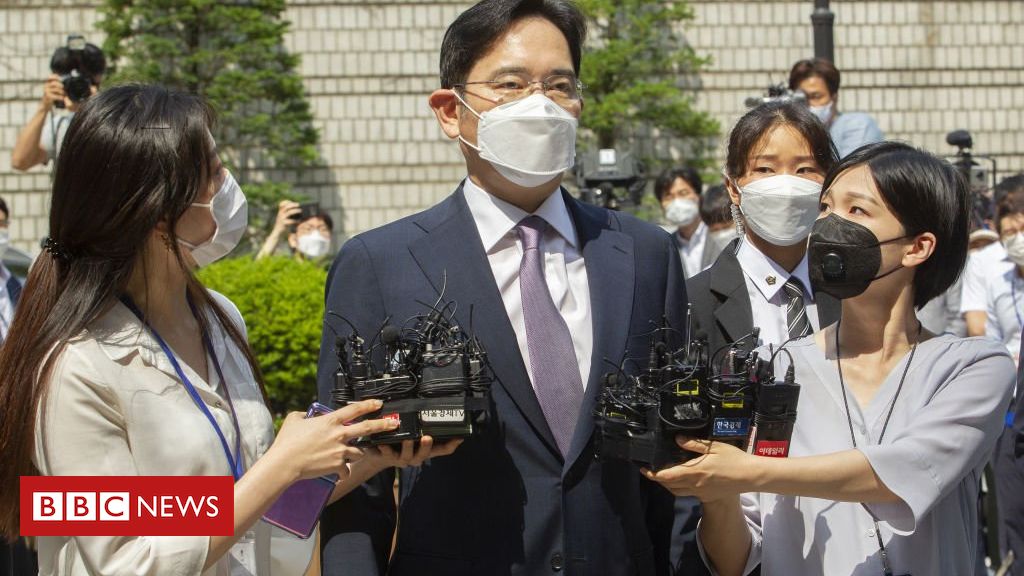 
Samsung heir Lee Jae-yong is facing fresh charges of stock and accounting fraud over his role in a merger deal.

South Korean prosecutors on Tuesday indicted Lee, accusing him of having criminally tried to gain control of the Samsung Group back in 2015.

In 2017, Lee, 52, was found guilty of charges including bribery in relation to the deal, but his five-year prison sentence was suspended.

He is not likely to be held in custody as he awaits trial on the new charges.

The prosecution, however, disregarded a recommendation from a citizen’s panel that Lee should not be charged.

Lee faced prosecutors in 2017 in a case that relates to an alleged role in a political and business scandal that rocked South Korea, including the resignation and conviction of former President Park Geun-hye.

He was convicted of charges including bribery, embezzlement, hiding assets overseas and perjury and a court sent him to prison for five years.

But six months later that sentence was halved, and the Seoul High Court decided to suspend the jail term, meaning he was free to go.

In the 2017 case, Samsung was accused of paying 43bn won ($35.7m; £28.1m) to two non-profit foundations operated by Choi Soon-sil, a friend of Ms Park, in exchange for political support.

More specifically, the favours were alleged to include backing for a controversial Samsung merger which paved the way for Lee to become the head of the conglomerate, a deal that needed support from South Korea’s government-run national pension fund.

Lee denied the charges. He admitted making donations but said Samsung did not want anything in return.

Also known as Jay Y Lee, he is the son of Lee Kun-hee, chairman of Samsung Group, South Korea’s largest conglomerate. He is also the grandson of Samsung founder Lee Byung-chul.