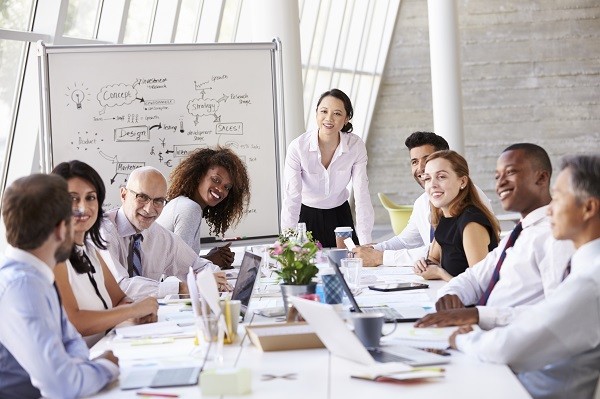 Leadership For Women and the Missing 33%

Leadership For Women and the Missing 33%

We’ve heard it many times. Half of what you need to succeed in business is “people skills” For example, here is what executive coach Marshall Goldsmith had to say on the topic in one of his Fast Company columns:

“Your people skills often make the difference in how high you go. Who would you rather have as a CFO? A moderately good accountant who is great with people…or a brilliant accountant who’s inept with [people]… The candidate with superb people skills will win out every time, in large part because he (sic) will be able to…lead.”

But such wisdom about leadership is based on research conducted and models rooted in the 1970s. That was when nearly all US corporate leaders were men and when the way of thinking was an either/or worldview. For example, managers were either focused on tasks or focused on relationships. The inference is always that if you can master both, you will rise to the top. So, the formula that arose from the 70s was 50 percent people skills + 50 percent professional competence = 100 percent career success.

Before we examine this formula, it’s important to know that comparing the performance evaluations of men and women in similar positions, with similar tenure and in similar companies indicates that women outperform men in the area of interpersonal skills. In fact, Business Week has called attention to these findings with a cover story titled, “As Leaders, Women Rule.”

If women excel at interpersonal skills and if they consistently outperform men in this arena, then why don’t women hold many more seats at the top of organizations? There’s a trick answer: Because people skills and professional competence aren’t two halves of a whole. Together they make up only 66 percent of the entire story.

The Missing 33% ™ is business acumen. That’s where men are consistently rated by bosses as outperforming women. And, that’s the skill set that the majority of leadership development programs ignore.

So, how do you improve your business acumen?

Once you add the Missing 33% to the leadership success equation, you will have the winning formula.