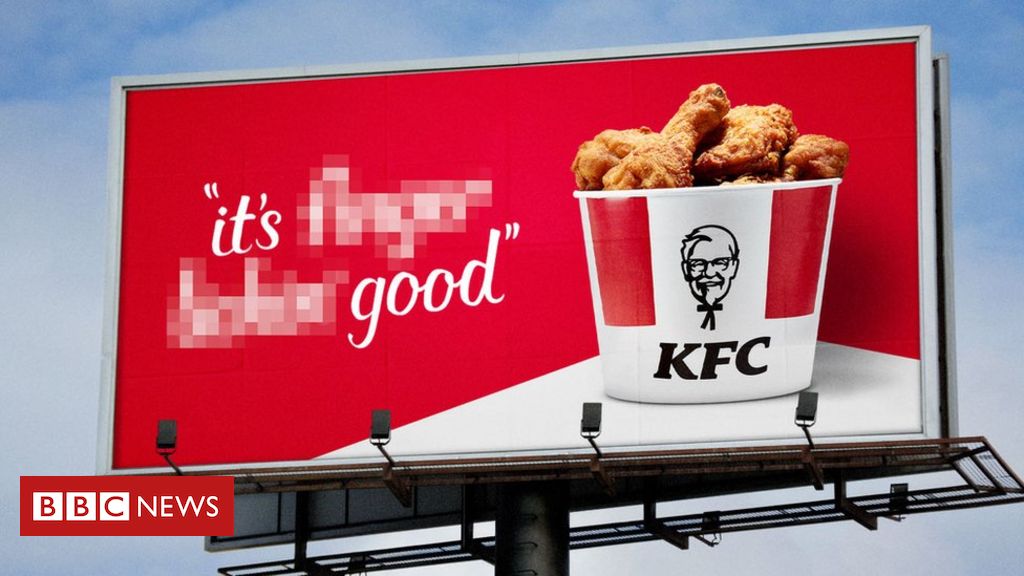 
Global fast food giant KFC says it is halting its “Finger Lickin’ Good” slogan given the current hygiene advice amid the coronavirus pandemic.

“We find ourselves in a unique situation – having an iconic slogan that doesn’t quite fit in the current environment,” the company said.

It has altered its packaging with the phrase obscured. KFC said the phrase would return when the time was right.

KFC outlets closed temporarily in March, but most have now reopened.

The company promoted its new look through a YouTube video, showing the slogan pixelated on posters and its food “buckets”, saying: “That thing we always say? Ignore it. For now.”

Some people commented on social media the slogan was not a health hazard as you were already eating with your own fingers.

But the finger-lickin’ message has caused concern since the pandemic began. In March, the Advertising Standards Authority received 163 complaints about a KFC TV advert which featured people licking their fingers.

The complainants considered the advert was irresponsible because they thought it encouraged behaviour that might increase the chances of Covid-19 spreading. The advert was withdrawn by KFC.

KFC, which was founded in the 1930s by Harland Saunders, opened its first franchise in the 1950s and has used the Finger Lickin’ Good slogan since then.