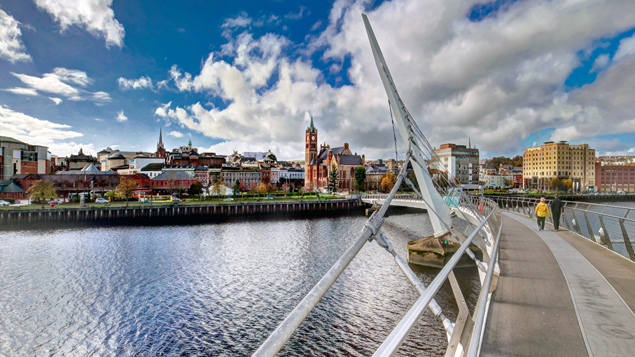 Last week saw the highest number of new job postings since the lockdown began, with four of the top 10 hiring hotspots situated in Northern Ireland.

The Recruitment and Employment Confederation’s latest analysis of job advert numbers found almost 126,000 vacancies were posted between 3-9 August. This is the highest figure since the first week of June, when 112,000 adverts were posted as lockdown restrictions began to be lifted.

There were a total of 1.10 million active job postings on jobs boards during the week starting 3 August, up from 1.04 million the previous week.

“This week has been a particularly rough one in economic terms, firstly with the news that there are 730,000 fewer people on payroll than in March, followed by the release of data showing that GDP has fallen by 22.1% in the first half of the year. In the midst of what is clearly a very difficult situation, the data revealed by the Jobs Recovery Tracker does at least give some glimmers of light,” said Matthew Mee, director, workforce intelligence at Emsi, which provides the data for the REC’s Jobs Recovery Tracker.

“Firstly, the fact that there has been an uptick in postings across the country is an encouraging sign that some industries and businesses are coming out of what was an essentially frozen state, and are seeing sufficient demand to warrant taking on new employees. Secondly, it is interesting that most of the growth has come in blue collar occupations, such as painters and decorators, bricklayers, and construction workers.”

REC chief executive Neil Carberry said: “Construction sites have re-opened, logistics companies are dealing with high demand, and with people spending more time at home, many have been looking to spruce up their house and gardens.”

However, he warned that many firms would face financial difficulties over the coming months and further redundancies would be likely.

“It’s important to remember that we are not just passengers in all of this – we have tools available that can minimise the unemployment increase that is coming. Absent a major second wave of the virus, government needs to make sure all its actions boost the recovery rather than put the brakes on,” said Carberry.

“Supporting retention and hiring by lowering employers’ National Insurance would be a good start. There should also be a greater sense of urgency on things like the private sector job search support scheme announced by the Chancellor in July. And of course we need skills reform and a Brexit deal that helps firms to trade freely with Europe.”