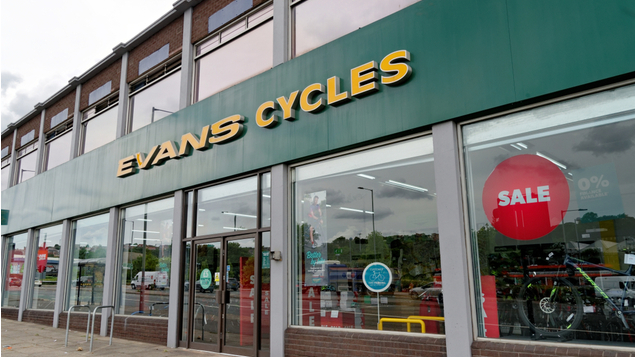 More than 300 jobs are to be slashed at Evans Cycles, with the hundreds of remaining store staff to be moved onto zero-hours contracts.

Up to half the workforce at some of the high street bicycle retailer’s stores are set to be made redundant in an effort to slash costs, according to reports. Its store workforce will reduce from 813 to about 475.

The remaining staff will be moved from contracts that guarantee at least eight hours a week onto “casual worker agreements”, while managers will have to move from 40-hour to 45-hour contracts.

The retailer was bought out of administration by Mike Ashley’s Frasers Group in 2018. The move to zero-hours contracts brings Evans Cycles into line with contracts offered at other Frasers Group brands, including Sports Direct and Flannels.

In a note to staff it said: “We cannot rely on old ways of running our business and we must adapt. These changes will look to address the cost of sales ratio in our stores and ensure that we are able to be more flexible with our cost base out of peak trading and during difficult trading periods.”

In 2016, Ashley pledged that the company – then known as Sports Direct – would stop using zero-hours contracts after criticism from MPs and unions. However, chairman Keith Hellawell later said that the contracts would be kept in place as workers “are happy to retain the flexibility”.

Meanwhile, plant-based milk alternative company Oatly is planning to open its first UK factory, which will create up to 200 jobs.

It has submitted proposals for a factory in Peterborough, which is expected to open in 2023.