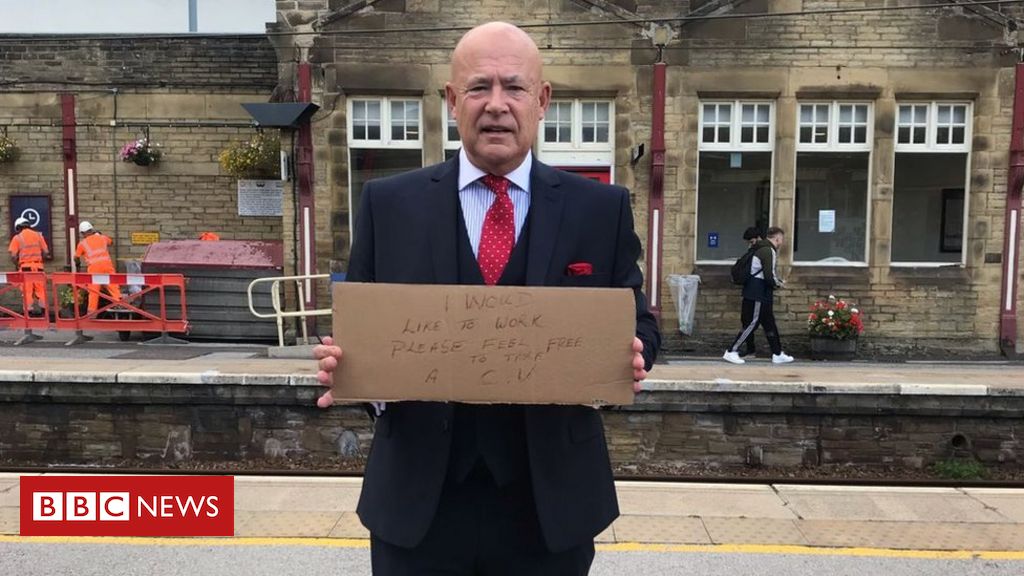 Job interviews for man who gave out CV at station

Job interviews for man who gave out CV at station


A man, who lost his job due to the coronavirus lockdown, has been invited to interviews and offered work after giving out his CV at a railway station.

Trevor Walford, 63, who once worked as a butler at Buckingham Palace, spent months applying for jobs online.

After hundreds of unsuccessful applications, he went to Leeds with a sign saying: “I would like to work”.

He has since been inundated with messages on social media, including young people who plan to follow suit.

Mr Walford, from Keighley, said: “I was just doing what I needed to do to get my CV out there – I never expected this.

“I’ve had lots and lots of messages from young people saying you’ve been an inspiration to us.

“It’s a competitive market out there, I’d encourage youngsters to do the same thing, don’t get despondent, get out there, hand out your CV.”

Mr Walford, whose first job was at the palace when he was just 15, has had a long career in hospitality working at hotels including the Ritz.

For the past 16 years, he worked as a restaurant manager with Saga cruise ships, but lost his job at the start of lockdown.

“That was when I really had to up my game.”

Last week, Mr Walford went out armed with a stack of CVs and handed them out to anyone who was interested.

After posting about his experience on networking site LinkedIn, he has been offered two job interviews as well as other opportunities.

He added: “I spent two months applying to catering agencies and I never got any replies, now all of a sudden every catering agency in the world wants to know me.”