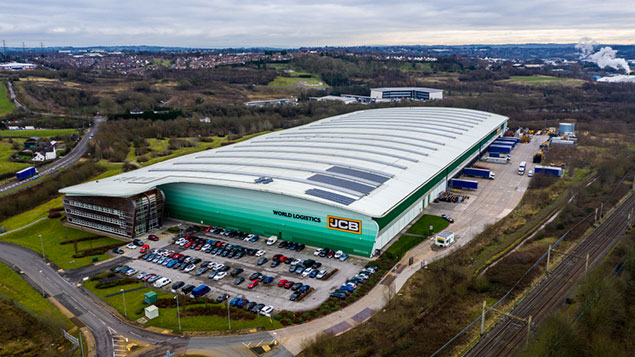 A JCB plant in Staffordshire
Shutterstock

Construction and agricultural equipment manufacturer JCB will, from next week, cut hours and production because of a lack of components arriving from China as the Covid-19 coronavirus outbreak continues to grip the country.

From Monday, 4,000 staff at plants in Staffordshire will see their hours reduced from 39 to 34 hours including a suspension of overtime. The company’s HQ is at its Rocester plant and there are also manufacturing facilities in Cheadle, Rugeley, Uttoxeter, Foyston in Derbyshire and Wrexham in north Wales.

JCB said it would continue to pay staff for 39 hours but they would have to work the extra hours later in the year. There was no indication as yet when normal production would resume or whether alternative suppliers in other countries could be used.

The company said that 25% of its suppliers in China were closed, while others were working at reduced capacity and were struggling to make shipments, JCB said. The death toll in the country has now reached 1,380.

JCB chief operating officer Mark Turner said the company’s action was unavoidable: “The disruption to the component supply chain in the UK comes at a time when demand for JCB products is very strong, so while this course of action is very unfortunate, it is absolutely necessary to protect the business and our skill base.”

He added: “These measures will ensure that, while we will produce machines in lower than anticipated numbers, we will do so with the same number of employees, whose skills we will need to fulfil customers’ orders when the situation returns to normal.”

The GMB union, which represents many workers at the UK plants and is fully recognised by JCB, was consulted in the digger firm’s decision. Stuart Harrison, GMB organiser, said GMB representatives and officials had met with JCB to come to an amicable solution in the face of the supply chain interruption.

He said: “We are introducing a local agreement to allow for short-time working. No GMB member will suffer a loss in contractual pay during this period. This is an unfortunate, yet unavoidable, consequence of an outbreak that is hitting manufacturing around the world. Briefings and meetings are taking place continuously as part of GMB’s partnership with JCB.”

The union would be providing advice and support to its members throughout this period of disruption, Harrison added.

Chris Sleight, managing director of Off-Highway Research, a construction-focused consultancy, told the Financial Times: “The industry as a whole depends on just-in-time supply chains so if a manufacturer the size of JCB is affected like this, you’d expect others to be.”

Meanwhile, the largest mobile phone showcase in the world, Mobile World Congress, that was to be held in Barcelona, has been cancelled over coronavirus concerns. BT, Sony, Vodaphone, Nokia and LG were among firms to have pulled out of the event.

JCB has 11 other factories globally, including two in India, and one in China near Shanghai. It employs about 12,000 people.