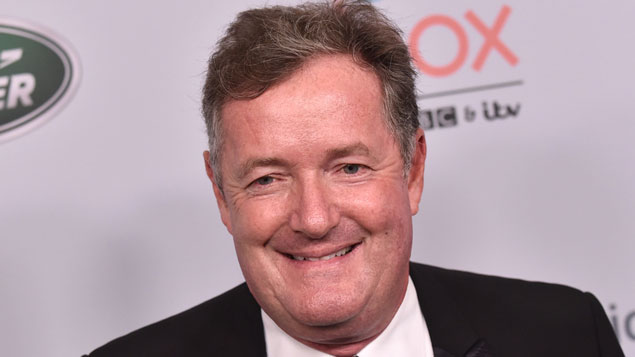 Staff working on ITV’s Good Morning Britain have told media outlets that dozens of them had complained to senior managers about presenter Piers Morgan’s comments about the Duchess of Sussex before he left the show on 9 March.

Remarks by Morgan about Meghan Markle on 8 March led to 41,000 complaints from the public to regulator Ofcom. Morgan had said he did not believe key elements of Markle’s revelations to Oprah Winfrey, particularly her statement that she had been denied help with mental health issues.

The Guardian has now reported that many of the show’s editorial and production staff were unhappy with his comments and some had made complaints.

One claimed that Morgan has become in effect a rogue presenter, unwilling to collaborate properly. They told the newspaper: “Management lost complete control of Piers years ago – once the on-air sign flashed up above the studio door he was making all decisions. Editorial and gallery team had no clue what was coming next, or any real ability to shape the output once the programme had gone live.”

The newspaper quotes one as saying that when concerns were raised with senior management about Morgan’s way of working “you’d be told there was nothing that could be done. Not to worry they would say, he won’t be there forever”.

Another staff member said that managers’ attitudes began to shift after Morgan walked off set when challenged about his views by weather presenter Alex Beresford, and news had arrived that Ofcom were to investigate the complaints. “They felt that they had to be seen on the ‘morally right side of the argument,’” they said. “Piers wouldn’t back down and had to go.”

A GMB team member told the Guardian: “Everyone is used to Piers saying things like this, but Meghan had literally said that the media wasn’t treating her fairly because of who she is, and he was just doing it again.”

A colleague said they complained to a manager over Monday’s broadcast. “I haven’t ever done that before [because] I think a lot of what’s said about him is exaggerated by people who view him as a useful bogeyman. Also he’s been a brilliant interviewer on coronavirus. But I had friends asking me what he was thinking and I felt embarrassed to work here for the first time.”

A further source told the Guardain that they were aware of complaints from “many, many staff” over Morgan’s remarks. There had been “unease” over some of Morgan’s positions for months, the source said.

A report from The Sun has claimed that Morgan quit the show after refusing to apologise on-air for his comments. Piers has since stood by his comments, tweeting: “On Monday, I said I didn’t believe Meghan Markle in her Oprah interview. I’ve had time to reflect on this opinion, and I still don’t. If you did, OK. Freedom of speech is a hill I’m happy to die on. Thanks for all the love, and hate. I’m off to spend more time with my opinions.”

Last week Buckingham Palace’s HR team announced it was investigating allegations that the Duchess of Sussex bullied royal staff. An article in the Times claimed that Meghan Markle had driven out two personal assistants and “humiliated” Kensington Palace staff during her time as a working royal.