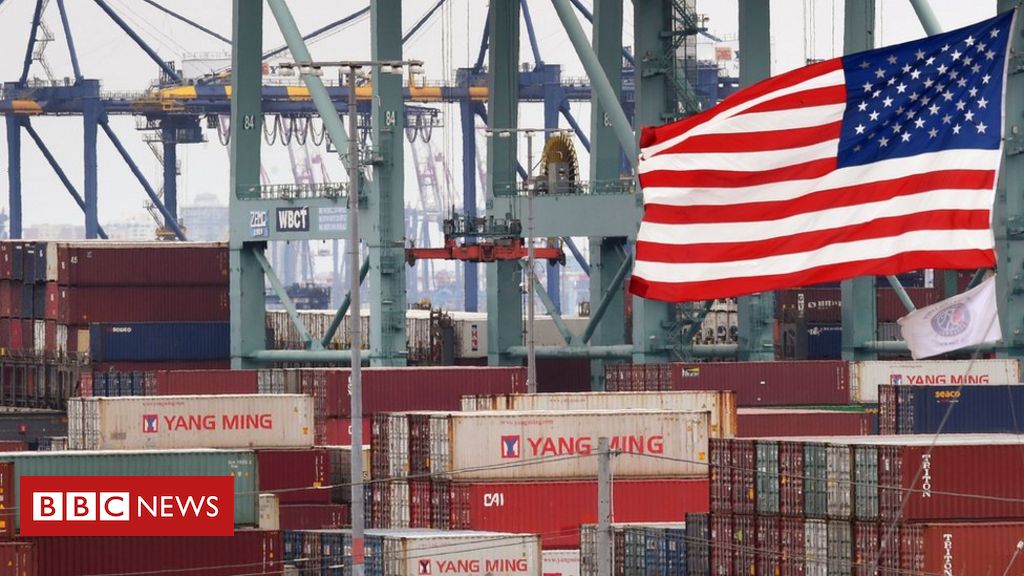 
The International Monetary Fund has lowered its global growth forecast for this year and next in the wake of the coronavirus pandemic.

It now predicts a decline of almost 5% in 2020, substantially worse than its forecast only 10 weeks ago in April.

The UK economy is expected to contract more than 10% this year, followed by a partial recovery in 2021.

That would be one of the most severe declines, although not as deep as forecast for Italy, France or Spain.

The IMF’s managing director, Kristalina Georgieva, had already warned that the April forecast had been overtaken by events, and that the likely path of the global economy was looking worse.

That is reflected in the new projections for both the world and the British economy. The previous April forecasts were a 6.5% decline for the UK and 3% for the world.

The gloomier outlook partly reflects the fact that data since April have pointed to a sharper downturn than the earlier forecast envisaged.

The IMF how expects a larger hit to consumer spending. The report points out something that is unusual about this downturn.

Usually people dip into savings, or get help from family and welfare systems to reduce the fluctuations in their spending. Consumer spending usually takes a much smaller hit in a downturn than business investment.

But this time, lockdowns and voluntary social distancing by people who are wary of exposing themselves to infection risks have hit demand.

The IMF also expects people to do more “precautionary saving”, reducing their consumption because of the uncertain outlook ahead.

The report also warns there is likely to be more economic “scarring'”. More firms going out of business and people being unemployed for longer may mean that it is harder for economic activity to bounce back as quickly as hoped.

There is also a danger that, for firms that do survive, their efficiency is likely to be in undermined by the steps they take to improve safety and hygiene – to reduce the risk of workplace transition of the coronavirus.

The biggest contractions in economic activity envisaged by the IMF this year are in developed economies particularly in Europe. The UK is likely to be one of the deepest.

The new forecast does predict the UK’s growth figure next will be larger than in the April forecast. But that is more than fully offset by this year’s deeper decline. Overall, the new IMF forecast implies the British economy in 2022 would be smaller than was implied by the April forecast.

The IMF does expect some degree of incomplete recovery in many countries this year. The UK’s Chancellor, Rishi Sunak, responded to the forecast saying: “Thanks to the great progress we’ve all made in tackling the spread of the virus, we are now able to safely reopen more of our economy.”

For all the 16 individual countries for which the IMF gives specific forecasts, there is a downgrade for this year compared with the April projection.

The largest change was for India, where the IMF previously predicted much slower growth, but growth nonetheless. Now the forecast is a sharp 4.5% contraction.

For just one of those 16 countries, the IMF does still see growth this year. That is China, but at 1% that still represents a dramatic slowdown.

The IMF’s new assessment underlines once again the severe economic damage being wrought by the pandemic and the response to it.

The predicted declines in activity are however not quite as severe as what was forecast earlier this month by the Organisation for Economic Cooperation and Development.