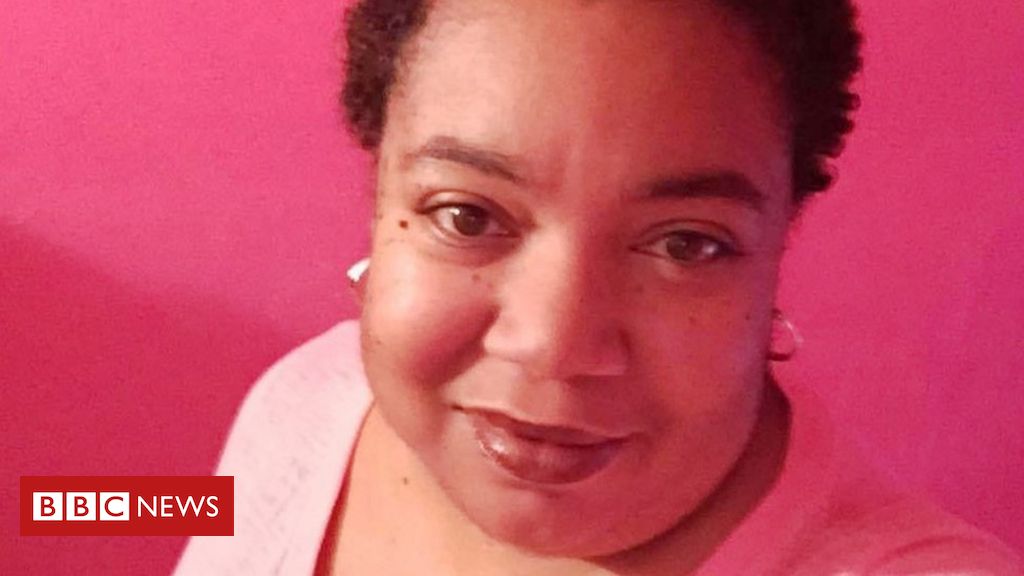 
Kenya Williams doesn’t know what to do. For 22 years, she’s worked as a nanny in New York. But when coronavirus swept through the city in March, her employers asked her to stay home.

Ms Williams is paid off the books, so she can’t file for unemployment without risking an audit of her employers. She’s not sure where to turn.

“It’s really hard,” she says. “Do I leave them and find new work? Do I find something temporary?”

“I’m still smiling because that’s all I can do.”

As lockdowns lift across the US, people are starting to go back to work. But millions more remain at home, unsure when – or if – they will return.

For America’s 2.2 million domestic workers, the majority of them women of colour, the crisis is particularly acute.

More than 70% saw their incomes cut or jobs eliminated at the start of the pandemic, according to a survey by the National Domestic Workers Alliance, an organisation that advocates for nannies, housecleaners and home health aides.

With wages that average about $12 (£9.50) an hour, few have robust financial cushions. And because of informal work arrangements or immigration status, many are not eligible for the relief offered by the government.

“We’re talking about hundreds of thousands of women who have absolutely no access to protection or support,” says Tatiana Bejar, a New York City-based organiser at Hand-in-Hand, a non-profit that advocates for domestic workers.

Ms Williams prefers to receive her wages under the table because it allows her to qualify for public health insurance rather than face the prohibitively expensive private market. She still pays taxes on income at the end of the year.

The pandemic hasn’t changed changed her mind, she says, but it has reminded her of the risks.

“Our profession, I found out during this time, we just don’t matter. We have to fight so hard for things that other people get easily,” she says. “I would just like to be able to be like, ‘Ok, I know I’ll be ok to some extent.”

The hardship faced by Ms Williams matches global patterns, which show women, minorities and people working in the informal economy have been hit particularly hard by the lockdowns. In the US, the unemployment rates among Hispanic and black women approached 20% last month – nearly double that of white men.

The uneven economic impact is likely to add “significantly to existing vulnerabilities and inequalities”, the International Labor Organization warned this spring. It called on governments to respond by increasing efforts to extend social protections to those people, like maids and nannies, whose work often occurs beyond the reach of government rules.

But the response so far doesn’t bode well for those efforts. In the US, many shutdown orders didn’t think to address in-home help at all. Official guidance on how to handle return has also been sparse.

Hand-in-Hand, which aims its actions at employers, has urged families to keep nannies at home at full pay, but the official ambiguity means figuring out what to do has often been a fraught family-by-family decision.

“Just because domestic work continues to be invisible, therefore employers of them were also invisible,” Ms Bejar says.

Sandra, an undocumented immigrant who has worked as a nanny in New York for 20 years, asked to continue working, after her partner, a construction worker, lost his job. Her family in Guatemala – her 87-year-old father, daughter and granddaughter – depend on her too.

At first, she commuted by subway, but she grew so worried about infection she started to get physically ill. Eventually, she raised the issue with her employer, who agreed to pick her up and cover the cost of a taxi for the return trip.

Such trade-offs speak to the need for bigger changes, says Haeyoung Yoon, policy director at the National Domestic Workers Alliance.

The group has proposed a national bill, which would grant domestic workers labour protections, such as a right to paid sick days. But the bill faces long odds.

Currently, the US has no national law requiring paid sick leave – even for workers in the formal sector. While Congress introduced some emergency leave due to the pandemic, those requirements were temporary.

“The coronavirus pandemic has really put a spotlight on the structural inequities that workers were already living through,” Ms Yoon says. “We need to really address these issues at a structural level so that workers are able to have access to good wages and good working conditions.”

“But just because working people are reminded, doesn’t mean that our policymakers are going to legislate and change policies to meet the needs,” she adds.

Ms Williams says she hopes pressure for change is growing.

Two years ago, she joined the Carroll Garden Nanny Association, an activist group, drawn primarily by the offer of CPR training.

But her interest in wider employment matters has blossomed and she says an uptick in participation in the group’s chats and Zoom calls since the start of the pandemic suggests she’s not alone.

Ms Williams knows much of the new interest reflects the current crisis, and people at home with time on their hands.

“I only hope that when things get back to some type of normalcy that they stay focused,” she says.