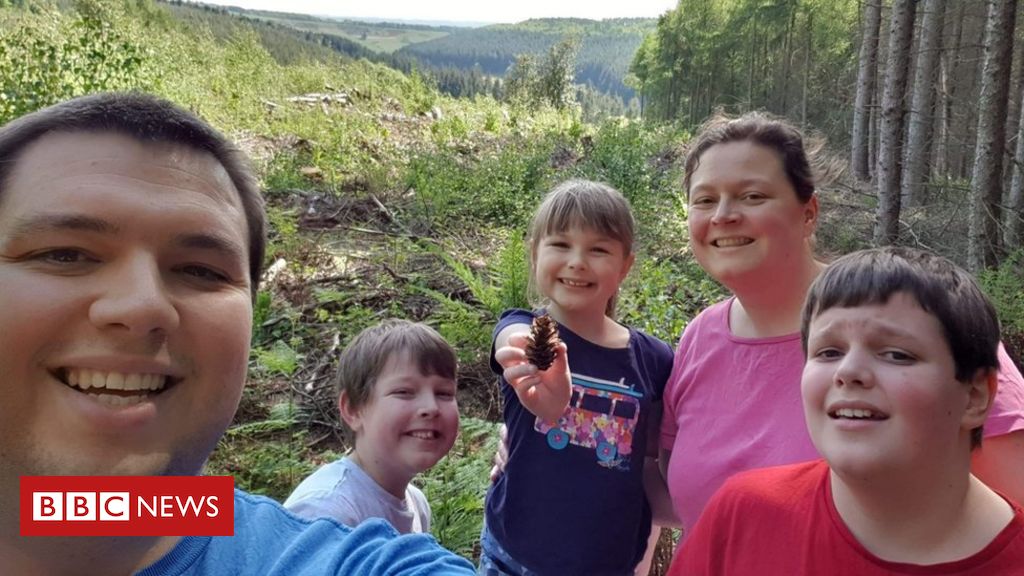 
When Nathaneal’s employer told him in March he’d be getting a 20% pay cut he took it on the chin.

The 35-year-old software tester from York has a family to support and is still paying off loans and credit cards he took out when he returned to university as a mature student. He could ill afford any loss of earnings.

But it could have been a lot worse. Up until then the firm had been discussing a 40% pay cut for staff, as the Covid-19 pandemic swept around the globe.

“I was more relieved that the company wanted to keep us on and make sure there were jobs to come back to,” he says.

“Usually I’m all over my workers’ rights, but I think I by-passed that a bit because it seemed like the company wanted to do the right thing by everyone.”

Nathaneal had to sign an amendment to his contract accepting the new lower salary and he still has no idea when it might go back up. In the meantime he has to manage on £400 less per month.

“Being able to live has to be the priority,” he says. “[The pay cut] has killed our ability to pay the debts we have.”

But at least it looks as though the firm, which operates globally, isn’t planning compulsory redundancies in his team now.

Nearly a fifth of UK businesses have asked staff to take a pay cut to shore up the firm’s finances and help stave off redundancies, according to a survey by the Chartered Institute of Personnel and Development (CIPD) which represents HR professionals.

The CIPD surveyed 2,000 firms in June and found that a further third of companies were considering freezing workers’ pay or delaying increases. And almost a quarter were asking staff to work – and be paid for – fewer hours.

Hard hit sectors such as construction, business services and hospitality were the most likely to have adopted such strategies, the CIPD found. But it has been used by airlines, accountants and City law firms too.

It is a case of learning the lessons of the financial crisis in 2008, according to Gerwyn Davies, the CIPD’s senior labour market adviser.

“There is no question that this was highly effective in curbing unemployment and explains why unemployment levels undershot many economists’ expectations during the previous recession,” Mr Davies says. But he cannot say whether it will be enough to stave off redundancies this time too, once the government’s furlough scheme ends.

Some who have taken pay cuts have already found it hasn’t worked out at promised.

One man, who did not want to be identified, worked for a digital marketing agency with three branches in the UK. His pay was cut in March, which he believed would save his job.

“They asked everyone to take a 10-20% pay cut in our office in March, and then we found out we were being made redundant in June,” he says.

“In the end, they saved the other office, and all our jobs were cut.”

The pay cuts themselves come in different forms too.

“Dan”, who didn’t want to use his real name, is an online mortgage broker based in London. He feels he is getting a particularly raw deal.

He used to be paid a bonus on top of his base salary, based on the amount of business he brings in. Since March, the bonus has been taken away, and his base salary has only been slightly increased.

While some firms have cut staff hours alongside cutting their pay so that they are still being paid the same rate as before, Dan is working harder than ever. Since banks have reduced their opening hours during the pandemic, online mortgage brokers have been doing a huge amount of business.

“It’s getting to the point where my compensation is 40-50% lower [than before lockdown], despite the fact that my workload has increased,” he says.

“It was incredibly busy during lockdown, the busiest I’ve ever been in my career.”

Yet Dan’s employer hasn’t reinstated the bonus scheme, even on a deferred basis.

“It’s caused me a lot of stress. [Colleagues] are taking more sick leave than ever before, because they just can’t be bothered to do 200% more work for 40% less salary,” he says.

What responsibilities does my employer have?

These kinds of stories are what is worrying Kate Bell, head of rights, international, social and economic at the Trades Union Congress (TUC).

“Lots of businesses are facing tough times at the moment,” she says. “But we think good businesses should be negotiating with their staff and trade unions.”

She thinks a small number of employers are using the pandemic as an opportunity to downgrade pay and conditions permanently, including laying staff off and then rehiring on lower pay.

Mary, for example, who teaches English as a second language, says she and nine other members of staff have been moved from their original permanent contracts to zero-hours contracts starting in September, at a 10% lower rate of pay.

She says she understands the firm is doing its best to survive in difficult conditions.

“My employer is trying really hard to keep us alive,” she says.”We just don’t know if we’ll have students in September.”

But she says the change to her standard of living will be huge, not least its “devastating” impact on her pension contributions.

“I’m fortunate, I have a partner, but a lot of people don’t have that.”