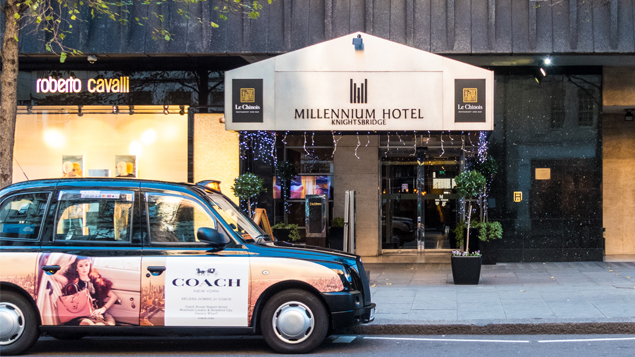 A hotel group has recouped £432,000 in legal costs following a vexatious claim by a former employee.

The award, for Millennium & Copthorne Hotels, is believed to be the largest cost award made by an employment tribunal in the UK, according to the law firm that represented it.

All claims were dismissed by the tribunal, which found Tan was “duplicitous” and acted in a way that undermined the trust and confidence between himself and his employer.

Tan, former senior vice president of global procurement, left the hotel chain following a redundancy process that was deemed by the tribunal to be fair. He subsequently claimed he had been discriminated against and paid less than comparative colleagues because he is gay and of Chinese Singaporean ethnicity.

Had the tribunal not found the dismissal to have been fair, the judge said the firm would have been justified in dismissing the claimant as soon as it discovered he had been making covert recordings of conversations with colleagues. The judgment said this behaviour had “undermined the trust and confidence between the parties”.

The size of the cost award reflected the lengths that Tan went to wrongly implicate his colleagues, which resulted in more than 3,000 pages of documents being brought before the tribunal.

Jonathon Grech, Millennium & Copthorne’s group senior vice president and general counsel said: “Millennium & Copthorne always strives to be an employer of choice. What we cannot ignore is a claim that seeks to make wholly unfounded attack on such values without any merit whatsoever, and we are pleased that the judgment wholly supported our position.

“Spurious claims such as this take up a huge amount of time to deal with, both for ourselves and the employment tribunal system. It is right that an appropriate message has been delivered by the tribunal regarding such disingenuous claims.”

Employment lawyer David Israel from Royds Withy King, which represented the hotel chain, said: “This was quite clearly a vexatious claim with no grounding in reality. Mr Tan was given plenty of opportunity to withdraw his claim yet chose to proceed and attempt to manipulate the system in the full knowledge that he would lose.

“All too often companies decide, for perfectly legitimate commercial reasons regardless of the merits of the claim, to settle claims brought by disgruntled employees before it reaches the courts. Employment tribunals rarely award costs, even if someone is unsuccessful, and when they do the average award made would only be £2,400.

“In this instance, the claims and the actions of Mr Tan could not be ignored and his attempts to manipulate the reality of what occurred needed to be defended as the claim sought to attack everything the company stood for. This decision should serve as a warning to employees bringing unfounded and vexatious claims.”