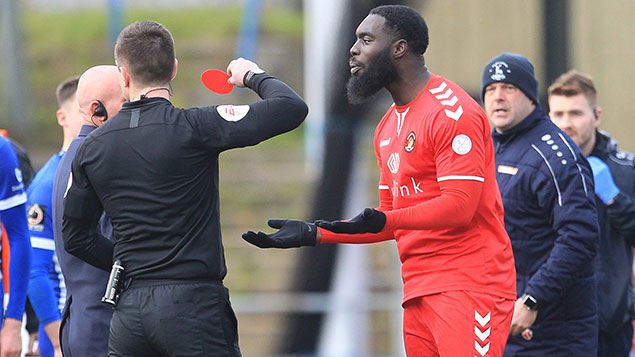 An appeal judgment with major ramifications for self-employed workers and IR35 has been made in the upper tribunal that has gone against HMRC.

In the ruling, HMRC yesterday (6 May) failed in its appeal against a first-tier tribunal in 2018 that found that football referees engaged by Professional Game Match Officials Limited (PGMOL) were not employed by the organisation.

In the original case, PGMOL had argued that most referees should be considered self-employed and entitled to pay a lower rate of national insurance.

HMRC, however, stated that the referees should be considered PGMOL employees and was seeking £584,000 in back taxes for the period between 2014 and 2016.

In a complex judgment, Justice Zacaroli and Judge Thomas Scott found that “the period of the contract ends with the submission of the referee’s match report shortly after the final whistle”. They weighted up whether the ability “to step in to regulate the referee’s performance of his core obligation [officiating at the match] or to impose any sanction, until after the contract has ended means that there is not sufficient control”.

They added that there was “insufficient mutuality of obligation” and that the first-tier tribunal had been correct when concluding that the referees “were engaged under contracts for services and were not employees”.

The case involved about 60 referees who officiate at professional league matches below Premier League level.

Dave Chaplin, CEO of advisory IR35 Shield and ContractorCalculator, told Personnel Today: “This is a key tax case for all self-employed workers, and very relevant for those who are currently under attack from HMRC under IR35 reforms.

“HMRC’s interpretation and guidance on mutuality of obligation has consistently been torn down by commentators like myself, and now judges at upper-tier tribunal have roundly rejected those arguments.

“HMRC will now need to update its Check Employment Status for Tax (CEST) tool that provides guidance on status matters, because in its current form it does not align with the law, and will be inadvertently giving users incorrect results that are inconsistent with this binding ruling.

“In the lead up to the now one-year-delayed Off-Payroll reforms, which are due to come in April 2021, we saw many firms following HMRCs published advice and incorrectly classifying contractors as ‘employed for tax purposes’ where there was insufficient mutuality of obligation to justify that determination. Those assessments will now need to be revisited.”