Heathrow staff to strike over ‘fire and rehire’ plans 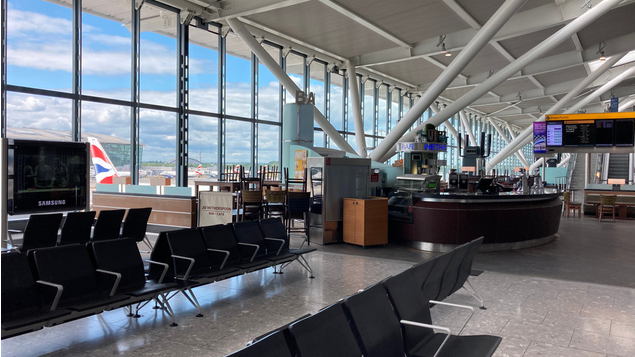 Workers at Heathrow Airport are set to strike for four days in December in a dispute over plans to ‘fire and rehire’ staff on reduced pay.

The strike, organised by Unite, will involve firefighters, engineers, campus security, baggage operations, operation and airside workers. Some 85% of union members who took part in a ballot voted in favour of the industrial action.

Unite claimed that Heathrow has attempted to get 4,000 workers to sign new contracts and agree to pay cuts of up to £8,000 per year – roughly a quarter of their average salary.

It said employees were invited into individual meetings and presented with four options: to accept the terms of the new contract with a lump sum payment, a phased buy down over two years of the new contract, voluntary severance, or resignation/termination of their contract. They were allegedly given 24 hours to make their decision, or face dismissal.

Two separate 24-hour strikes will take place on Tuesday 1 December and Monday 14 December and a 48-hour stoppage is scheduled for Thursday 17 and Friday 18 December.

Unite regional coordinating officer Wayne King said: “The airport is using the Covid-19 pandemic as a smokescreen to permanently cut workers’ pay. Unite has put forward several alternative suggestions to reduce staffing costs on a temporary basis, all of which have been summarily rejected by management.

“The way that workers, who are already suffering extreme levels of stress and anxiety, are being treated by [Heathrow’s] management, demonstrates that they have apparently learned all their skills of tact and diplomacy from Donald Trump.

“In the midst of a global pandemic no key worker should be forced to take such deep pay cuts by an employer that claims to have billions in reserves.”

A spokesperson for Heathrow Airport told the Guardian: “It’s very disappointing that Unite has decided to take strike action during the worst crisis to hit the aviation sector. We will now activate extensive contingency plans which will keep the airport open and operating safely throughout this period.”

Heathrow Airport has been contacted by Personnel Today for further comment.

Last week, the airport revealed an 82% drop in traffic in October compared with 2019, the eighth consecutive month of decline. November’s figures are likely to be even bleaker because of the ban on non-essential travel during England’s lockdown.

Heathrow said it was offering rapid Covid-19 tests to passengers travelling to other countries, but these had not yet been approved for arrivals into the UK.

“Lack of government action is weakening our sector, making it harder for us to support the eventual economic recovery and help deliver the Prime Minister’s vision of a global Britain,” said Heathrow CEO John Holland-Kaye.

HR jobs in the Aviation sector on Personnel Today