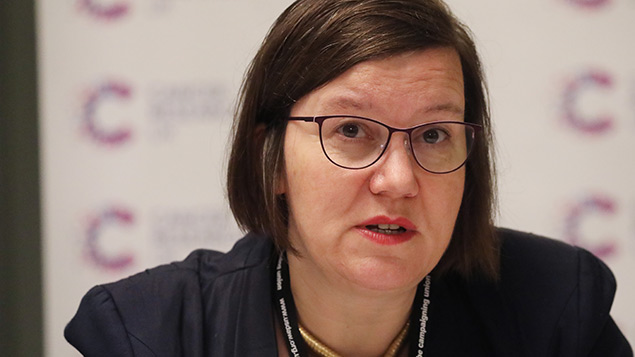 The speed at which the furlough scheme and other economic support packages were drawn up has left them open to a ‘very worrying’ amount of fraud, MPs have said in a new report.

The Commons Public Accounts Committee, which holds the government to account for its expenditure, says lack of thinking about the economic risks of a pandemic – which had been a “top national risk for years” – forced the government to design its support schemes from scratch. Had it been more prepared for the possibility of a pandemic, it could have been able to build stronger safeguards against fraud and error into its schemes.

Committee chair Meg Hillier said: “Our finding of the astonishing lack of economic planning for a pandemic shows how the unacceptable room for fraud against taxpayers was allowed into the government’s hastily drawn up economic support schemes.

“I would like to see the government publish a list of the companies which received furlough money. Where taxpayers money is being used, transparency should be a given.”

HM Revenue & Customs estimates that up to £3.5bn of furlough payments made by 16 August 2020 – roughly 10% – have been fraudulent or paid in error. However, the committee’s Tackling the tax gap report notes that since the committee’s evidence session last month, organisations had voluntarily returned more than £215 million in furlough payments they did not need or received by mistake.

HMRC has also seen a 51% drop in the income received through compliance checks, which have not been prioritised this year.

“HMRC’s Covid-19 support schemes have led to a major reprioritisation of its resources and it has needed to reduce compliance activity while under lockdown. This has adversely affected HMRC’s core compliance activities and led to a backlog of investigations,” the report says.

“HMRC assumes that most taxpayers will comply and can pay the tax they owe. Covid-19 means HMRC needs to reassess these assumptions.”

To date, HMRC has received 8,000 notifications from employees highlighting potential fraud under the Coronavirus Job Retention Scheme (CJRS). As at 20 September, the scheme had paid out £39.3bn to 1.2 million employers.

It is also reviewing 27,000 “high risk claims” and expects to investigate 10,000 of them further after providing employers with the opportunity to correct their claims.

In its evidence session last month, the committee pressed HMRC on why it had not used its data to identify which smaller businesses were entitled to support from schemes including the CJRS and Eat Out to Help Out, in order to minimise fraud. Small businesses accounted for 43% of the tax gap in 2018-19.

“HMRC told us that its data analytics system, called CONNECT, which enables it to join up the activities of taxpayers across different legal entities, is only used to identify risks of non-compliance, usually after the event, when HMRC has obtained enough data,” the report says.

“The system could not be used, ‘at scale and at speed’, to operate the payments of grants to people based on linking different entities together.

“HMRC also told us that to support taxpayers it has avoided investigations into businesses that it believes are struggling as a going concern. In the case of already opened inquiries, it only takes action when statutory deadlines for reclaiming taxes unpaid are about to expire or the business has the capacity to engage with HMRC.”