Handling an acquisition during the coronavirus crisis 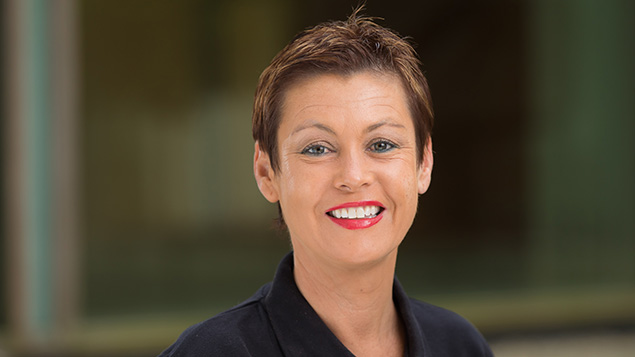 Sharon Looney is chief people officer of CoreHR, which is being acquired by Access Group

The current circumstances, driven by Covid-19, are challenging for any organisation. But how do you cope if you’re in the middle of an acquisition? Personnel Today spoke to Sharon Looney of HR and payroll software company CoreHR, which is in the process of being acquired by Access Group.

Like many HR professionals, Sharon Looney – chief people officer of CoreHR – has had to make a dramatic switch from business as usual to enabling the entire company to work from home as the coronavirus crisis worsened. As if that wasn’t testing enough, the HR team at CoreHR have an additional challenge to deal with – the company is in the middle of being acquired by another organisation, the Access Group.

The acquisition was announced in early March, and the two companies are to officially come together at the end of April. CoreHR will form part of a new Access Group division called Access People, which will have a turnover of more than £100m and the clout to make it one of the leading HR and payroll software providers in the UK.

Dealing with mergers and acquisitions can be a trying time for HR at the best of times, so how does it feel for Looney and her team to be managing this change during these unexpected circumstances?

“To say it’s surreal would be an understatement,” she says. “We all became technologists overnight, customer focus agents overnight. I think even if we had been forewarned about something like this a quarter ago we would not have mobilised so quickly. Seeing how teams wanted to protect customers was uplifting, how they became accountable and were making decisions for themselves.”

As with many organisations, CoreHR has been making the most of platforms such as Microsoft Teams, and colleagues are ‘socialising’ with each other through channels such as WhatsApp. If anything, colleagues are “hyperconnected”, says Looney. It has been important to retain some of the usual routine: planned weekly welcome meetings from Access Group to introduce the business to the CoreHR workforce will still go ahead but online, for example.

“All of our customer meetings are still happening, we have the same daily or weekly cadences,” she adds. “Where there are group meetings that were supposed to be face to face, people have had to get used to listening more when they can’t see someone writing on a whiteboard or asking people to clarify what they’re saying.” Meanwhile there are a number of physical ‘getting to know you’ meetings for the two companies planned for when social distancing rules have been relaxed.

In terms of the progress of the acquisition, this is still all going according to plan. Looney describes the team at Access Group as “tremendously professional, systematic and supportive” and says it helps that everyone knows the timelines, how each function feeds into the overall plan and who should be doing what. “There was a very early camaraderie between the two teams and a feeling [the acquisition] was right for both organisations,” she says.

Naturally, employees feel unsettled by the impact of the coronavirus, and this is where clear communication has been crucial. “From an HR perspective employees are still getting used to the fact that they will be part of a much larger organisation. We’ve had to rethink how we communicate, what we communicate and think very carefully about what might confuse employees. “We need to help our people differentiate between what’s changing due to Covid, versus what’s changing due to acquisition,” Looney explains.

As well as working on communications and preparations for the new company, the HR team has been fielding questions from employees on support for home working, and many ‘what if’ questions about how they and their teams might cope if the virus impacts them personally in the coming weeks. “People want to be sure they’re doing the right thing, who they should notify. Since the government issued stricter guidelines around self-isolation and social distancing it’s become easier, if anything,” she says. There is a definite desire to feel connected, which helps with the integration process, too.

One thing Looney is mindful of, however, is not to make employees feel as though they need to be connected at all times. “We’re now all comfortable at home and we’re getting used to the idea,” she says. “But the next thing we need to do is relieve ourselves from the pressure that we have to answer every video call, respond to everything. Life goes on at home, so stop apologising for putting the washing outside, your dog barking or your kid walking up to the computer screen.”

Not reinventing the wheel as the company deals with the challenges thrown up by the coronavirus has helped, too. Expanding existing policies on remote working, for example, and keeping the same look and feel in communications has helped to keep things familiar for staff.

Once the official acquisition transaction has taken place in April, there are further integration targets for the end of CoreHR’s fiscal year in June. But even these unpredictable times won’t stop Looney and her team meeting their goals. “We’ve mobilised ourselves and [the virus] is not going to stop this,” she insists.