Half a million redundancies planned in first five months of pandemic 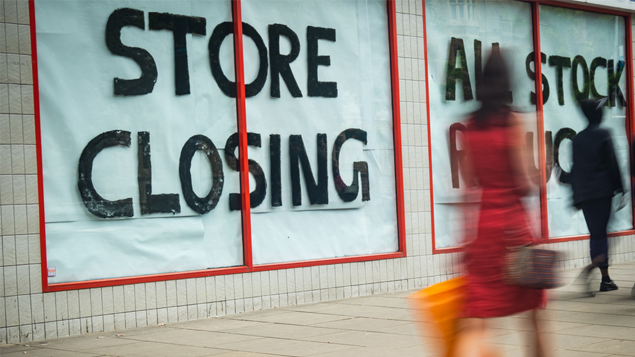 Employers planned to make almost half a million redundancies in the first five months of the Covid-19 pandemic, new figures have revealed.

The government was notified about some 480,000 redundancies in England, Scotland and Wales between March and August 2020, data obtained by the BBC shows, with the majority of redundancy notifications taking place in June and July.

In August, 966 separate employers told the Insolvency Service about 58,000 planned redundancies. This was considerably lower than previous months, but up by more than 150% on the previous year.

The data relates to redundancies notified to the government via HR1 forms, which only have to be submitted where an employer plans to make 20 or more staff redundant. This could mean the actual number of redundancies planned during this time is different, where fewer than 20 redundancies took place within an organisation.

A government spokesperson told the BBC: “Supporting jobs is an absolute priority, which is why we have set out our plan for jobs to protect, create and support jobs across the UK.

“We are helping employees get back to work through a £1,000 retention bonus, creating new roles for young people with our £2bn Kickstart scheme and doubling the number of frontline work coaches.”

The government also revealed the details about its new Job Support Scheme last month, which will replace the furlough scheme at the end of October.

Figures from the Office for National Statistics showed 156,000 redundancies from May to July, up from 107,000 in the previous three-month period.

Given that many employers would have been planning redundancies after the furlough scheme ended, and there must be a consultation period of at least 45 days in the case of 100 or more job losses or 30 days for 20 to 99 redundancies, some of the notifications made in August may have related to redundancies planned to take effect at the end of October. A spike in redundancy notifications was also expected in September.

A recent survey found a third of employers were planning redundancies before Christmas.

Jonathan Richards, CEO at HR software company Breathe, said: “Unfortunately, as the Covid-19 crisis continues it’s likely that we may see even more redundancies than the 500,000 reportedly planned. It is likely that those across the hospitality and entertainment sectors will be especially hard hit as demand for services has fallen.

“It’s critical for employers to handle this issue sensitively, being transparent with staff throughout the process and prioritising employee wellbeing. There’s no denying that there are difficult times ahead, but putting company culture at the forefront during this challenging period will make the process as smooth as possible.”

Acas, the CBI and the TUC have warned employers to make redundancies only as a last resort after exhausting all alternatives.

They said in a joint statement: “Faced with making quick decisions in a fragile economic environment, it can feel as if there are no good answers. No one wants to deliver bad news; and losing people or being made redundant is traumatic, especially for workers and their families.

“Across our networks and members, we have seen joint decisions to save jobs based, for example, upon more part-time working, cuts to overtime, alternative roles, and retraining.

“When employers, unions and employee representatives work together, solutions can often result in retaining loyal skilled staff, and help avoid the costs of redundancy, employment tribunals and recruitment when the economy recovers.”