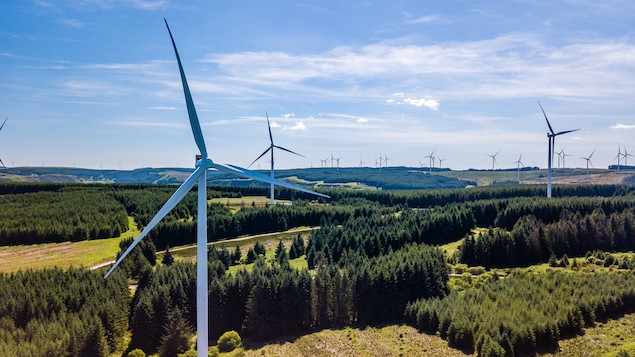 Around 60,000 jobs will be created in wind farms
Shutterstock

Around 250,000 jobs will be created as part of a “green industrial revolution” in the UK, the Prime Minister will announce today.

Boris Johnson is set to announce a ten-point plan and £4 billion investment in creating new “green” jobs as well as equipping workers with the skills needed to work in low carbon industries and tackle climate change.

The aim is for the UK to become carbon neutral by 2050, and the government has pledged to invest in regions that have suffered industrial decline by creating employment opportunities in green industries.

Up to 60,000 of the planned roles will be in offshore wind farms, a core part of the government’s environmental strategy that was announced at this year’s Conservative Party conference. The government wants to produce enough offshore wind to power every home, quadrupling how much the UK currently produces to 40GW by 2030.

Around 10,000 jobs could be created in the nuclear industry through the development of “the next generation of small and advanced reactors”, Johnson is to announce.

Thousands of jobs will be created and retained in organisations that protect and restore the natural environment, including planting 30,000 hectares of trees every year.

In September, CBI director-general Dame Carolyn Fairbairn urged the government to take “ambitious” steps to reignite its investment in climate change, publishing a Green Recovery Roadmap aimed at creating employment and boosting productivity after the pandemic.

Johnson is due to announce the government’s green strategy this evening, and will say:

“Although this year has taken a very different path to the one we expected, I haven’t lost sight of our ambitious plans to level up across the country. My Ten Point Plan will create, support and protect hundreds of thousands of green jobs, whilst making strides towards net zero by 2050.

“Our green industrial revolution will be powered by the wind turbines of Scotland and the North East, propelled by the electric vehicles made in the Midlands and advanced by the latest technologies developed in Wales, so we can look ahead to a more prosperous, greener future.”

Around £200 million of the planned funding will go into carbon capture clusters (which trap emissions from power plants and turn the output into something useful), creating around 50,000 jobs in the Humber, Teesside, Merseyside, Grangemouth and Port Talbot.

The announcement today will also have wide-ranging implications for the UK car industry, with plans to end the sale of new petrol and diesel cars and vans by 2030, ten years earlier than planned.

The government said it will spent £500 million over the next four years to develop and scale up production of electric vehicle batteries, which will create jobs in the Midlands, the North East and North Wales.