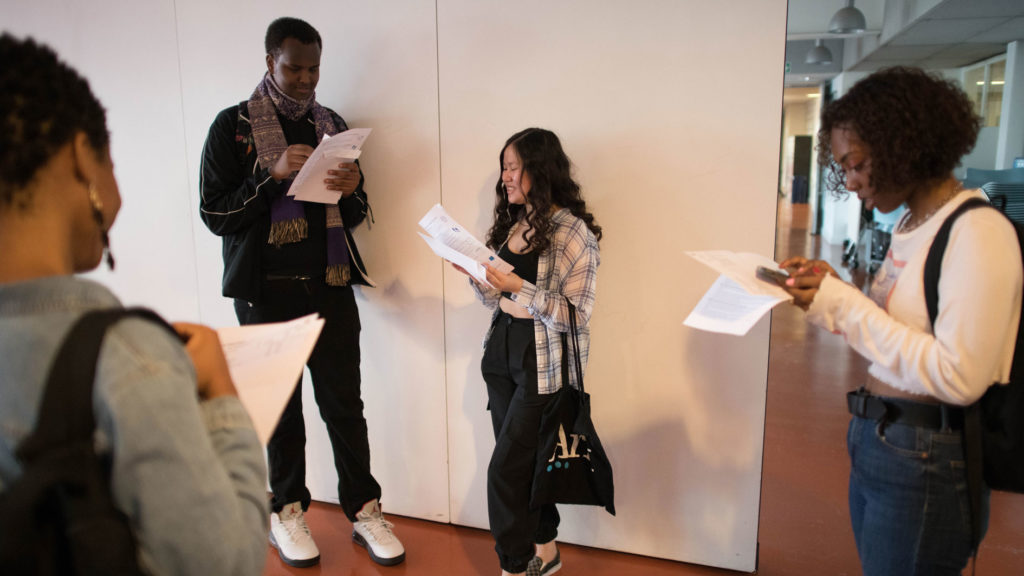 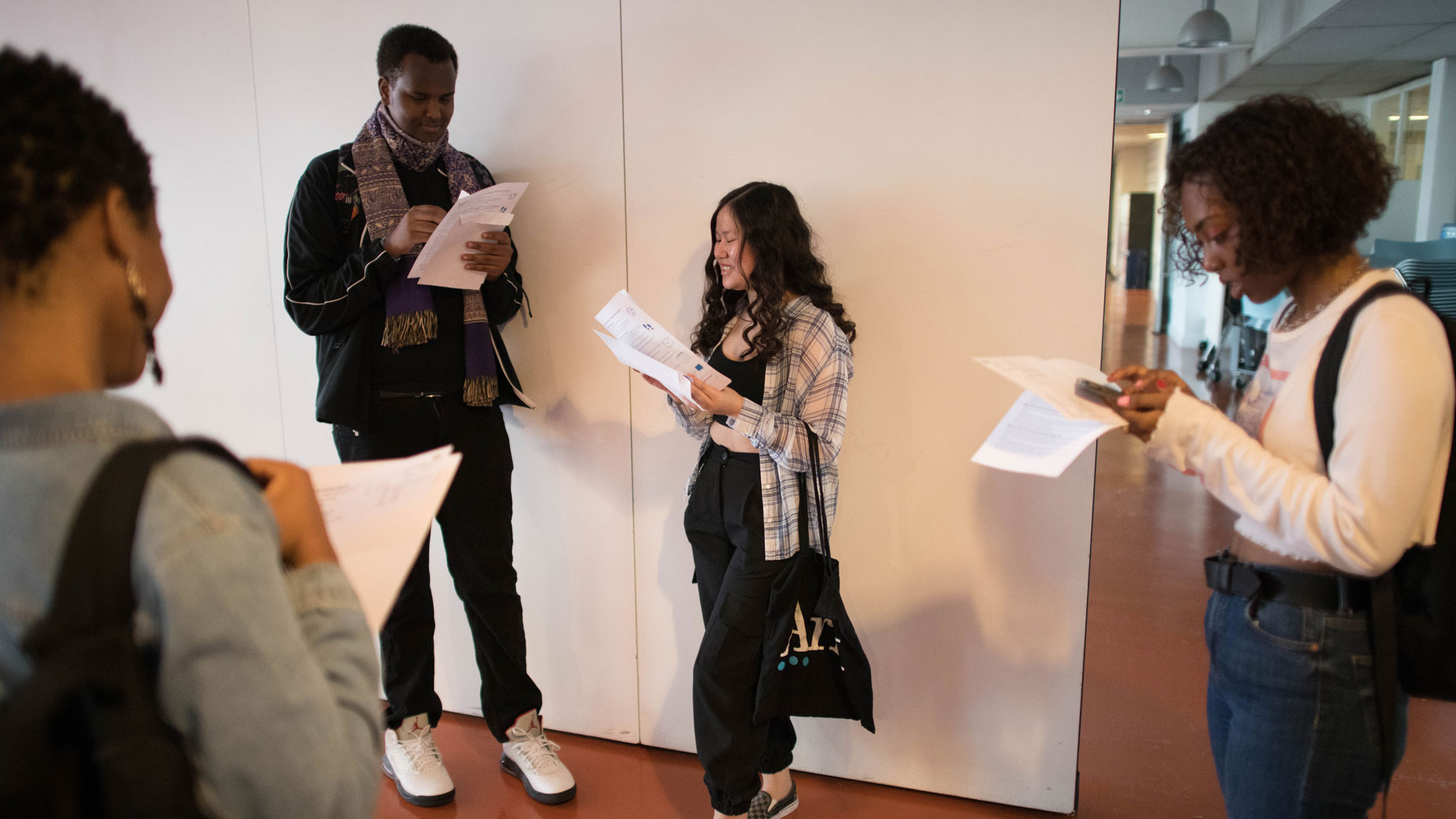 Buried under the controversy over A-level results across the UK today there was some encouragement for those hoping to see more young women achieving high grades in science and maths-based (STEM) subjects.

The key figures, from the Joint Council of Qualifications, showed:

The JCQ pointed out that the numbers needed to be taken in the context of a 2.5% decrease in the total number of students taking exams in the UK. But many commentators are applauding the figures as painting a positive picture for girls in STEM.

The growth in students overall taking computing was partly because the phasing out of ICT as an academic subject, but it was still considered significant that 1,797 girls took it this year compared with 1,475 last year. Girls were still very much among the minority of pupils taking the exam, however: 10,629 boys did the course this year compared with 9,649 last year.

Some 41,449 girls undertook a maths (including further maths) A-level course in 2019-20 compared with 39,752 the previous academic year. Other STEM subjects saw an overall decline in boys and girls taking them with the next most popular STEM subjects for girls were biology (41,665) and chemistry (30,458). Only 8,731 girls took physics. In each of these subjects the rate of decline in taking the courses was much less for girls than for boys.

Prominent women working in the technology and learning sectors welcomed the news that more girls were studying computing at A-level than ever before.

Agata Nowakowska, area vice president EMEA at educational technology company Skillsoft, said: “The tears and cheers of this year’s A-level students will have been heightened this year as the lack of final exams will likely have snatched away the opportunity for many to make that last big effort that could have meant the difference between success and failure.

“It’s impossible to know for sure how big of an impact this will have made to the 2020 results, but it’s fantastic to see that the trend of more girls sitting A-level science subjects has continued this year – particularly computing.”

She said this was the result of a major push in recent years to encourage girls to study STEM subjects, and added: “There are increasing numbers of female role models who are pioneering change in science-based careers including the hugely talented Sarah Gilbert, who’s leading the Oxford University vaccine team to help defeat Covid-19.

“Let’s hope that the myth that STEM subjects are primarily the preserve of boys has been busted once and for all.

Worrying this year is the accuracy of predicted grades have been shown to limit STEM progress for many young people. Those from disadvantaged backgrounds are especially likely to have their grades under-predicted” – Isabel Hutchings, Content Guru

Isabel Hutchings, applications engineer at cloud computing provider Content Guru, said altering pupils’ perceptions of tech-based subjects was key to further improvement. She said: “As an engineering graduate and now an applications engineer, I know how hard it can be for girls to make the decision to pursue a career in engineering. Much of this comes down to perception – the education system needs to do more to build awareness and knowledge about what engineering is like as a career.”

She cited a recent report from Engineering UK that found almost half of 11 to 19 year olds knew little about what engineers actually do. Worse still, engineering was seen as difficult, dirty, and a career better suited for men. “Until we expand the perception of engineering in young people – particularly girls – the situation is unlikely to improve,” she added.

Debra Danielson, chief technology officer at cyber security firm Digital Guardian, said the sector faced major challenges in making further progress, although her company, she said was diverse and she never felt she was the “odd man out”.

She said: “There are serious pipeline problems in getting girls and young women to be interested in tech, engineering and STEM. We have problems attracting and keeping female university students interested in computer science.

“We have problems recruiting and hiring enough women, retaining women beyond mid-career in tech, keeping women in tech careers. We have to constantly fight expectations that women aren’t as technical as men.”

The controversy over the way that A-level grades had been calculated in England, Wales and Northern Ireland (Scotland had already changed its system) in the absence of actual exams has grown throughout the day, with education secretary Gavin Williamson stating that the “majority of young people will have received a calculated grade today that enables them to progress to the destination they deserve, with the added safety net of being able to appeal on the basis of their mock results, as well as the chance of sitting autumn exams”.

In Wales, students have been promised their A-level results will be revised upwards if they are lower than their AS-level.

Williamson promised there would be a “robust” appeals system for those who felt they’d been graded wrongly.

There are serious pipeline problems in getting girls and young women to be interested in tech, engineering and STEM. We have problems attracting and keeping female university students interested in computer science” – Debra Danielson, Digital Guardian

The Sixth Form Colleges Association called the system for calculating A-level grades, “flawed and unreliable” after almost all colleges said grades were lower or much lower than predicted.

BBC Newsnight politics editor Lewis Goodall cited one case where a student had already had their Cambridge university offer withdrawn because of downgrading.

No system was ever going to be completely fair but hearing so many real tragedies this morning. Eg told of an exceptional student in an historically low performing school downgraded two grades at A Level. She has a place at @Cambridge_Uni. They’re not accepting her.

Many education commentators said the method used to establish grades has been seen to favour private, independent schools over state schools and there are worries that the algorithms used are biased towards better off areas and schools.

Content Guru’s Hutchings felt the way in which algorithms had graded students this year would not help girls’ progress in STEM subjects. She said: “More worrying this year is the accuracy of predicted grades have been shown to limit STEM progress for many young people. Those from disadvantaged backgrounds are especially likely to have their grades under-predicted.”

A 2015 Cambridge Assessment report showed just 45% of science and maths and 42% of ICT/technology grades were accurately predicted, she added.

A statistical specialist working on the data told Personnel Today that the government’s approach had run counter to recruitment practices at many businesses, which were trying to level the playing field for candidates. He said there seemed to be a “disconnect between business, the corporate side of things, and the government. How reliable will businesses see A-levels as being?”

He added though that one outcome from the controversy could be that businesses no longer looked at A-level grades as particularly meaningful. “This might do everyone a favour and recruiters will start looking at people more holistically.”

The University and College Union (UCU) said ministers should use teacher predictions, as happened in Scotland, to level the playing field and put students first. Relying on schools’ past performance will hit pupils from the poorest areas the hardest. In Scotland, 124,000 exams were downgraded and pass rates for pupils in deprived areas went down by 15.2% compared with just 6.9% in affluent areas.

UCU said last-minute efforts from secretary of state Gavin Williamson to try and resolve things – such as the “triple lock” and suggesting different start times to the academic year – were only adding to the chaos and confusion.

UCU general secretary Jo Grady said: ‘Pupils should be congratulated for their hard work in unprecedented circumstances and deserve better than this mess. Ministers were warned this would happen, but pressed ahead anyway.

“The secretary of state making things up as he goes along is helping nobody. His last minute triple lock brought another set of complications and likely appeals, and talking about delayed starts for some students now is just adding to the chaos and confusion.

“The government needs to accept it has got this badly wrong, stop trying to pull a rabbit out of the hat and keep things simple by using teacher predictions.”

Paul Whiteman, general secretary of school leaders’ union NAHT, said: “There is an appeal system in place, and this is the key process by which any error or disadvantage can be quickly rectified. Schools and colleges must be able to utilise this to seek redress where they believe they should.

“The government must make sure that there is no financial barrier to a school or college making an appeal.”

Next week, attention will turn to GCSE results day on 20 August, which is set to be at least equally as troubled.